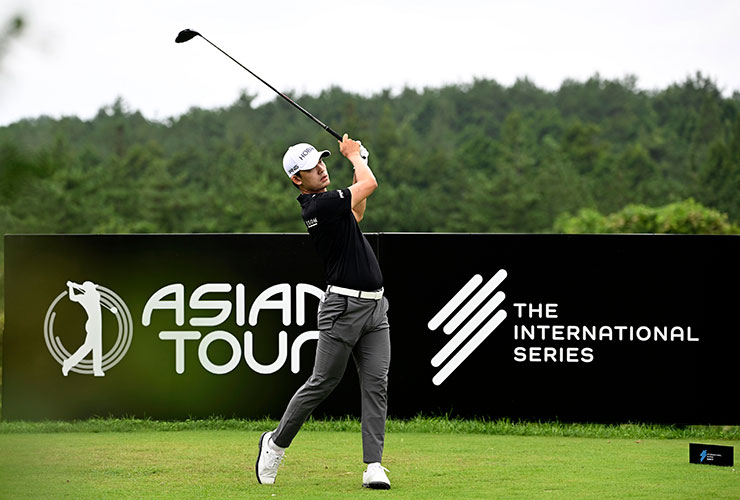 By Matt Smith
There were plenty of reasons for the local fans to get the flags out at the Asian Tour International Series Korea as for homegrown talents held the top four spots at the halfway point of the $1.5 million tournament on Jeju Island.

Bio Kim and Taehoon Ok are tied at the top after two rounds thanks to a respective 63 and 64 on Friday. They moved to 10-under at Lotte Skyhill Country Club.

Hanbyeol Kim signed for a 66 to sit two shots back, while his compatriot Yoseop Seo returned the same score and is one stroke further adrift. Bio made nine birdies and dropped just one shot to put himself in the perfect position to win his second Asian Tour event at the weekend, having been triumphant in the GS Caltex Maekyung Open, also in Korea, in May.

“It is really great having my family here, we are having fun here,” the 31-year-old said. “It’s a family trip which allows me to get away from golf for a bit. I think I was thinking too much the past month, it shows I should do that a little more often.”

Starting on the back nine he quickly found his range with birdies on 11, 13, 15 and 16 before making a bogey on 18: that little hiccup only prompted him to pick up the pace and he made birdies on one, two, four, six and seven.

“My tee shot was a lot better and also my iron game, and obviously I made putts and at the end of the day I made nine birdies. I made a mistake on 18, my ninth today, but I played solid,” he added. 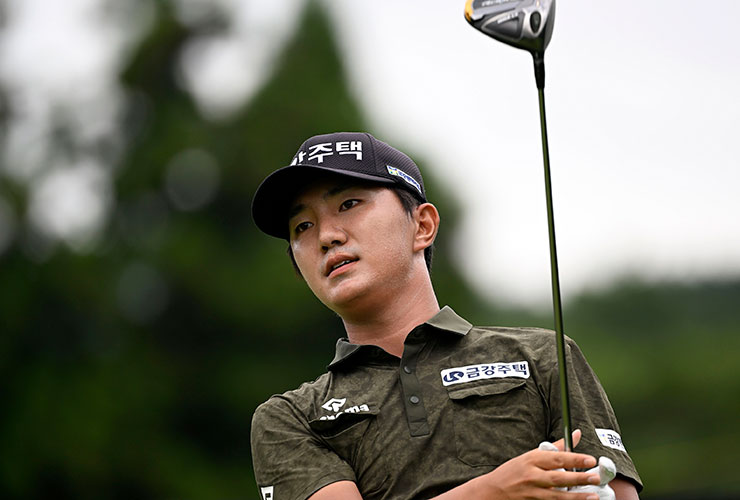 Ok is looking to win for the first time as a professional and made eight birdies and a solitary bogey.

“I struggled a bit on the second half but hung in there,” said Ok. “I really want to win on the Asian Tour and take my game forward and help my dream of getting onto the PGA Tour. I’m not good enough yet. Plan is to make a success in Korea first and really challenge myself.”

He came close to winning the Korea Open this year and was tied for the lead after the third round but carded a disappointing 75 on the final day and finished joint sixth place.

Ok also a tied fifth in the GS Caltex Maekyung Open to suggest a win this year is not far away.

He added: “It was heart breaking what happened at the Korea Open but I gained a lot of experience.”

Korean Taeho Kim (66), India’s Veer Ahlawat (66) American Trevor Simsby (69), LIV Golf South Africans Justin Harding (70) and Ian Snyman (70), and first-round leader Pavit Tangkamolprasert from Thailand (73) are six-under for the tournament; while India’s Gaganjeet Bhullar, who won the Mandiri Indonesia Open for a record third time this month, returned a 65 and is five behind the leader, along with five other players.