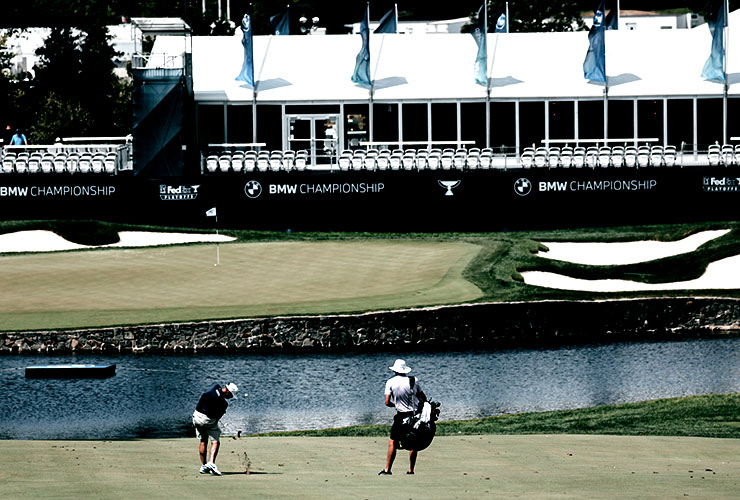 By Greg Gottfried
The PGA Tour heads to Delaware for the first time for the second stop in the 2022 FedEx Cup Playoffs … the BMW Championship.

The top 70 players off the FedEx Cup eligibility list qualify to compete at Wilmington Country Club, with Will Zalatoris holding the top spot after his first PGA Tour win last week at TPC Southwind. Willy Z is joined by Scottie Scheffler — who is coming off a missed cut despite entering the playoffs as the No. 1 seed — Rory McIlroy, Jordan Spieth and defending FedEx Cup champ Patrick Cantlay.

After a topsy-turvy showing at the FedEx St Jude Championship, Cameron Smith will be missing this week’s event due to a nagging hip injury that was exacerbated last weekend. He’s in the No. 3 spot currently and is resting to be able to compete in next week’s Tour Championship.

The BMW Championship will look to replicate last year’s compelling close that featured a six-hole playoff between Cantlay and Bryson DeChambeau. The duo finished at 27-under for the week at Maryland’s Caves Valley Golf Club, with Cantlay having a magnificent putting performance when he gained 14.6 strokes on the green alone. Not too bad.