FedEx Cup Playoffs: Tony Finau’s latest low round has him closing in on a Tiger Woods mark 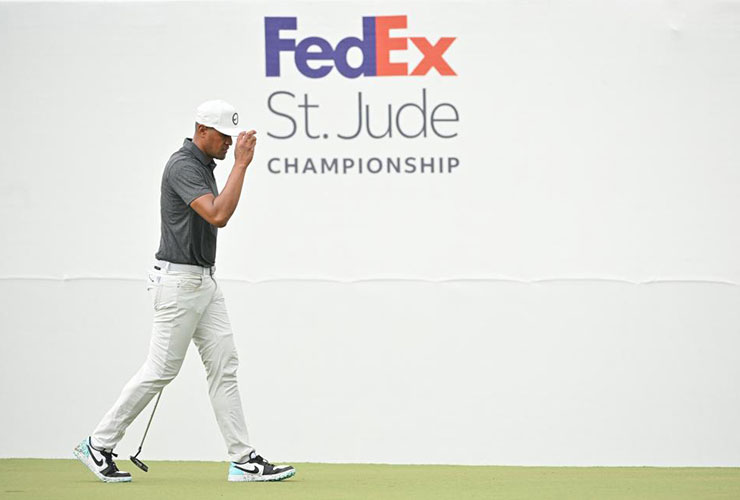 By Alex Myers
Tony Finau continued his sizzling play on Thursday with an opening-round 64 at the FedEx Cup St. Jude Championship to sit T-4 and two strokes behind leaders Si Woo Kim and JJ Spaun. For a guy who has won his past two PGA Tour starts, the low score is nothing new. But he now finds himself in pretty select company — and within striking distance of a Tiger Woods scoring mark.

According to Twenty First Group, Finau became just the eighth player to post 10 consecutive scores of 68 or better on the PGA Tour since 1995. And the record for such a streak is 14 such rounds, set by, you guessed it, Tiger Woods.

OK, so it’s not exactly Tiger Woods’ famed cut streak or one of the more notable records in golf. But anytime you’ve got a chance to catch the 15-time major champ in anything, you’re playing some serious golf.

And considering TPC Southwind is a par 70, it seems like he’s got an even better chance of continuing that 68-or-better streak. Although if he’s going to catch (or pass) Tiger, he’d have to do it at next week’s BMW Championship, the second leg of the FedEx Cup Playoffs.

Finau’s streak began with a final-round 66 at the Open Championship at St. Andrews before winning back-to-back events at the 3M Open and Rocket Mortgage Classic. His scoring average over these past 10 rounds is an absurd 65.9 and his worst score was a 68 in the second round of the 3M Open.

“My biggest thing last week was just to stay sharp, which I did,” Finau said of going home to Utah instead of playing in the tour’s regular season finale in Greensboro. “I played every day, I didn’t really miss a day. I just wanted to play golf and make sure that I was going to be as sharp as I could going into the Playoffs because I know how big these three weeks are, so today just kind of proved I think that I was able to stay sharp.”

He sure did. Although, he got off to an interesting start on Thursday, hooking his opening tee shot on No. 10. But after a recovery shot short of the green, he chipped in for an unlikely birdie.