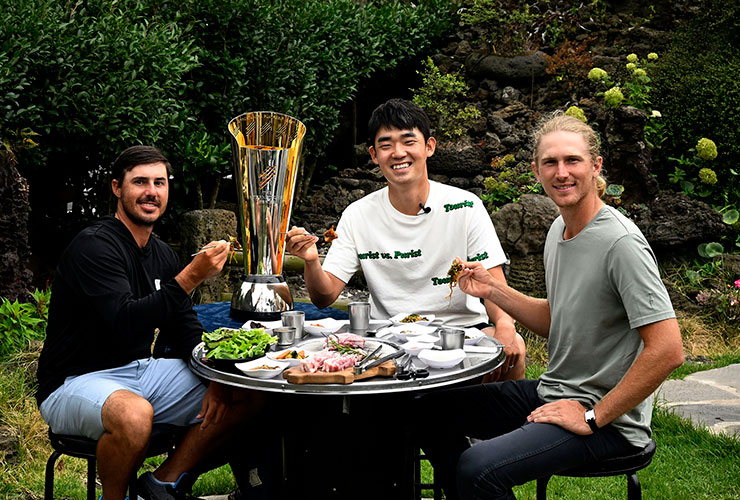 By Matt Smith
As some of the Asian Tour and LIV Golf’s big names prepare for the second of the back-to-back International Series in Korea, two contenders are getting the inside track from local hero Bio Kim.

The stars have arrived in Jeju ahead of this week’s International Series Korea and for Chase Koepka and Travis Smyth, the first thing on their to-do list was get the barbecue going with Bio Kim.

The Korean No. 1 took his American and Australian mates out to a restaurant near Lotte SkyHill Country Club, host course of the $1.5million prize-fund event, which starts on Thursday.

The trio tucked into a range of different meats, all under Kim’s expert guidance, falling in love with the kimchi-packed flavour of the South Korean foodie favourite.

“That was maybe the best thing I have ever eaten,” said Koepka, LIV Golf star and brother of four-time major-winner Brooks. “I could eat this every day this week. Let’s hope we can come back here for a celebratory meal on Sunday.”