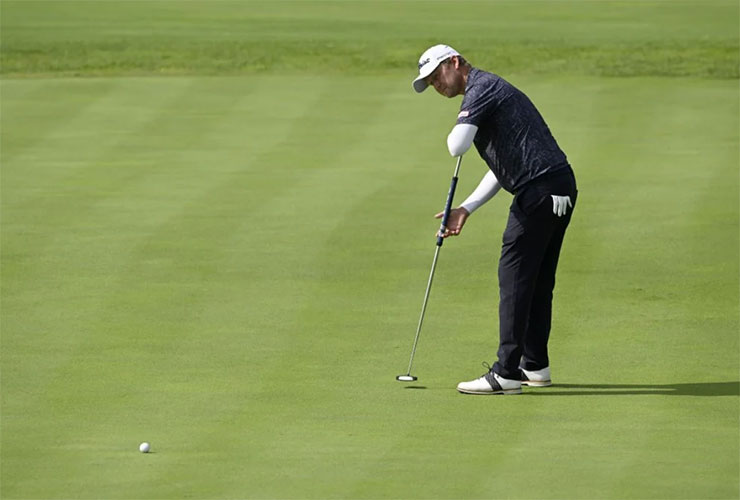 By Matt Smith
While the biggest names on the Asian Tour were joined by some of the LIV Golf stars for the $1.5 million International Series Korea, it was one of the tour’s lesser lights who stole the show on the opening day.

Pavit, a 33-year-old two-time winner on the Asian Tour, roared out of the blocks with seven straight birdies, before his solitary bogey on hole 8 put the brakes on his astonishing streak. He still reached the turn on 29 before a solid back-nine produced two more birdies and ensured he would have the lead to himself going into Friday’s second round.

Second-placed Chun produced one of the finest rounds to sign for a six-under 65.

“I haven’t been playing well recently so this is a good turn around for me,” he said. “It is actually not an easy course, you have to hit good drives and make putts. So just going to start again tomorrow and try and shoot 65 every day.”

Janewattananond, who won four out of his six Asian Tour titles when he claimed the Tour’s Order of Merit list in 2019, added: “It was just a normal round, easy going. Nothing went wrong, nothing went special – it was a boring round which is what I like. Maybe it is because I’m back in Asia and feel a bit more like at home.Hopefully it will continue tomorrow.”

South African Harding, who has two DP World Tour and two Asian Tour titles to his name and has earned more than $1.3 million in his first three LIV Golf events, made six birdies and dropped one shot.

“I am pretty pleased with it to be honest,” he said. “I came out of the blocks nicely. I gave myself a lot of chances and rolled in a couple of putts. It felt pretty solid and then had a wobble halfway through.  Hit some poor shots but managed to keep the pars on the card.