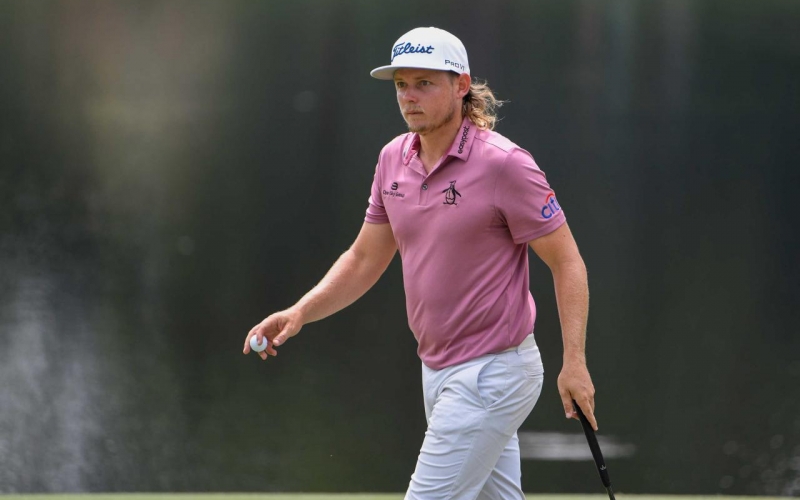 By Evin Priest and Joel Beall
Cameron Smith will spend the week at home in Florida rehabbing an ongoing hip ailment after the Australian withdrew from the second event of the FedEx Cup playoffs.

The World No. 2 announced his withdrawal from this week’s BMW Championship on Monday through his agent, Wasserman’s Bud Martin.

“[Smith] has been dealing with some on and off hip discomfort for several months and thought it best to rest this week in his pursuit of the FedEx Cup,” Martin said in a statement.

Reached by Golf Digest on Monday, Smith said that the discomfort began in practice rounds and intensified over the weekend while playing in the FedEx St Jude Championship in Memphis.

“My hip flared up yesterday. It seems to happen when there’s softer fairways like there were earlier in the week,” Smith said over the phone. “I’ve had a couple of MRIs around it, and I will check with my team to see if we need another one.”

Smith’s trainer, Nic Catterrall, said it was related to the sciatic nerve around the lower spine and hip area.

“Cam has an inflamed sciatic nerve; it’s an ongoing issue,” Catterall said from Delaware. “We’ve been managing it well, but the wet ground in Memphis last week, as well as additional some range sessions, inflamed it to the point where it was worth taking a week off.”

Smith plans to tee it up at the Tour Championship finale at East Lake. The 28-year-old is determined to become the first Australian to win the FedEx Cup title.

Smith was also a part of a bizarre rules issue at last weekend’s FedEx St Jude Championship when he was docked two shots for playing his ball from the wrong place during his Saturday round — but was not notified about the matter until Sunday morning. He had arrived at TPC Southwind with a 54-hole score of 11-under par, before PGA Tour rules officials corrected his score to nine-under. He shot a final-round 70 that left him tied for 13th, six shots back of winner Will Zalatoris.

Smith sits No. 3 in the FedEx Cup standings courtesy of three PGA Tour victories already this season — the Sentry Tournament of Champions, the Players and the Open at St Andrews. He also tied third at the Masters.

With Smith’s departure the BMW Championship field is down to 68 players. The top 30 in the FedEx Cup standings advance to next week’s season finale at East Lake for the Tour Championship.