All you need to know: The golf rules you definitely need when playing in a tournament 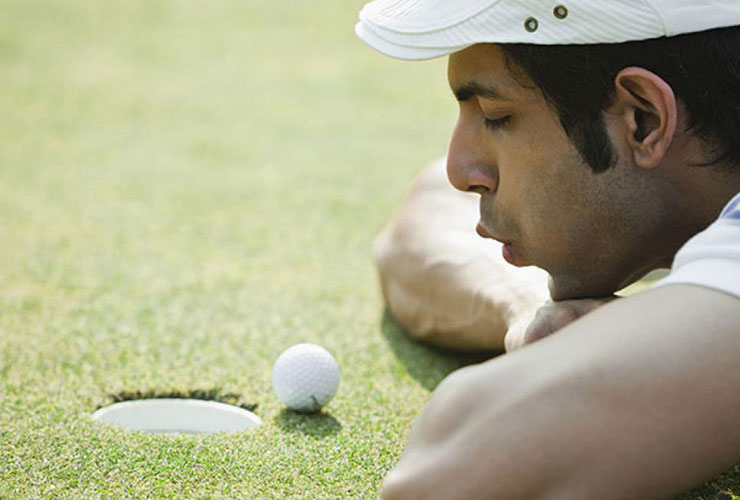 By Joel Beall
The difference between a leisurely round of golf and tournament play is stark — at times, it feels like it’s an entirely different game. The pins aren’t accessible. Those tee boxes that seem miles back? That’s where you’ll be teeing off from. Instead of jokes and breezy conversation, the mood is tense. Oh, and a tap-in putt seems a hell of a lot father than two feet.

And then there are the rules.

Most players abide by a reasonable — some would say liberal — interpretation of golf’s laws. Every hazard is treated as a lateral, rocks are thrown out of bunkers and gimme putts. SO many gimme putts. In short, a “winter rules” approach for the entire year.

Unfortunately, those rebellious ways don’t fly in competition. The USGA rule book is the law for tournament play; it is absolute, without discussion. If it’s your first time entering in an event, from as comfortable as a club championship to US Open qualifying, you need to be well-versed on golf’s legislation. And because there are so many golf rules, one could feel overwhelmed. Fear not: Here are the 17 golf rules you definitely need to know when playing in a tournament:

Oh come on. No one would ever have more than 14 sticks in the bag, right?
Right?
Wrong.
Avoid the two-stroke penalty by double-checking your bag before teeing off.

There’s a shocking amount of players that aren’t 100 per cent sure what to do when this happens. Simple: You get to re-tee without penalty. (Exception: You’ve already whiffed on the first shot. If the ball then falls off, you have to play it as it lies.)

This also applies if you accidentally hit your tee ball with your practice swing. Of course there might be a little embarrassment when something like this happens, you can feel solace knowing that a former Masters champion has done this … at the Masters.

On the bright side, since things are a tad more serious in tournament play, you won’t have the jamoke who chirps “One!” when your ball falls off the tee. I hate that guy. 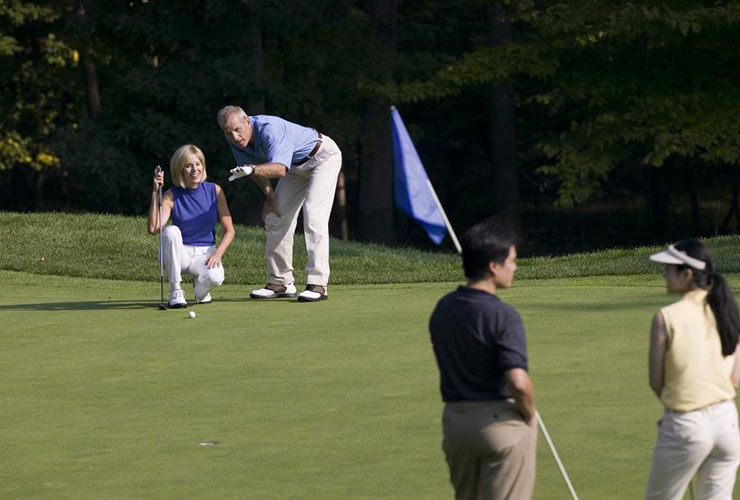 On the weekend, you may ask your friend what iron they just hit, or, while on the green, point to a spot and say, “I think this is the line.” While such behaviour is standard in a normal round, it’s deemed illegal in competitive play. The penalty is two strokes. (Exception: In a team match, you and your partner, as well as respective caddies, can discuss strategy.)

The difference between yellow and red penalty areas

Depending on where you are on a course, penalty areas will be marked with either yellow or red lines. There are important differences between the two that must be understood or you risk taking a drop incorrectly.

For penalty hazard marked with yellow lines, a player has two options: You may take relief by dropping into a relief area using (1) the spot at which your last stroke was made under stroke and distance (see Rule 17.1d(1)) or (2) the back-on-the-line relief procedure (see Rule 17.1d(2)). 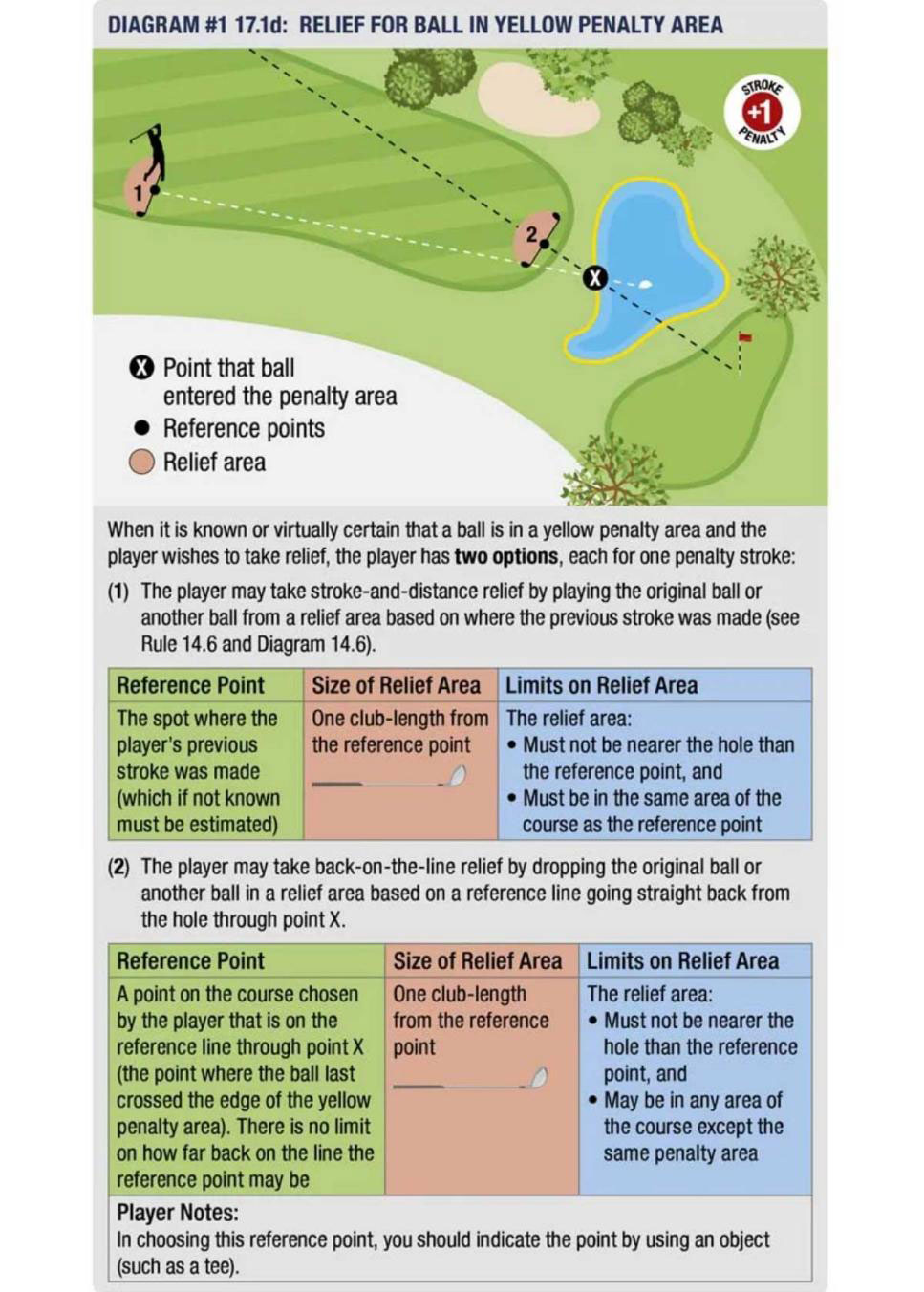 A lateral hazard is slightly different. Like with yellow stakes, you have to identify where the ball crossed into the hazard. However, you are given a two clubs length area to drop. You can also go on the other side of the hazard — assuming no closer to the hole — and drop there as well.

Improving your lie or position by moving growing things

Your ball comes to rest under a tree, and it appears you have a shot. Only problem is a pesky limb interfering with your backswing. No worries; you can break that branch off, yes?
Nope: You cannot improve the position or lie of your ball. This includes moving or bending anything growing or fixed in the realm of your envisioned swing.

Tapping down your putts

This doesn’t come up as much anymore, as many players wear softless spikes. Nevertheless, you’ll occasionally come across spike marks on the green and be tempted to press them down. Well, guess, what? Here’s an instance where you’re OK to do so. It’s a change to the rules that came about in 2019 when the USGA and R&A tried to show their softer sides.

What you can and can’t do in a bunker is another rules area that changed a lot in 2019. You still can’t touch the sand with your club immediately in front of or behind your ball before hitting it (during a practice swing or in your backswing) without being penalised (loss of hole in match play, two penalty strokes in stroke play). Other touch of the sand in a bunker, however, is now generally OK, as long as you are not deliberately testing the conditions of the sand. This includes a player now being able to touch or move a loose impediment. 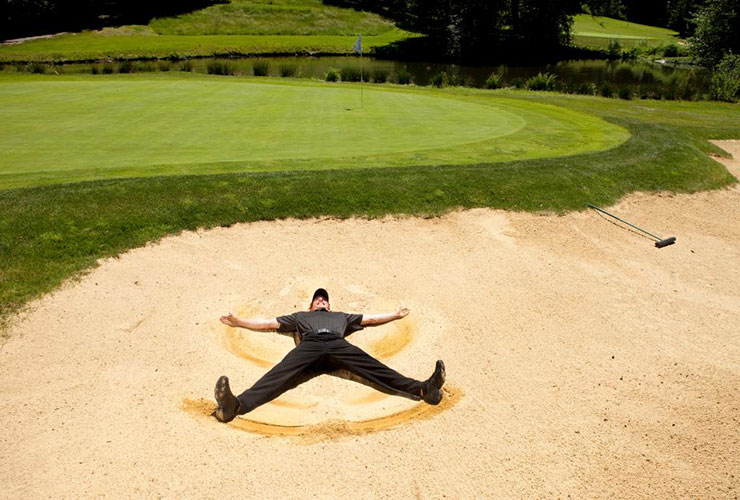 The above, however, is not allowed.

This is another area that causes confusion, but if your ball comes to rest against a rake, you are allowed to move the tool, as the USGA defines it as a “movable obstruction.” 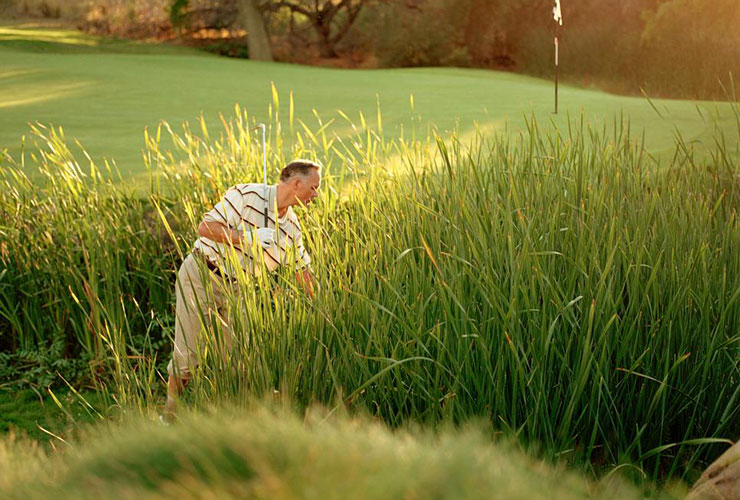 You have three minutes to search for a ball. That’s three … not five as it was prior to 2019. The clock begins when you start looking, not after you’ve hit your shot. After three minutes, the ball is considered lost.

Confession: I love the word “reload”. It turns an unfortunate event — the prospect of a lost ball — into a course of action. Without checking Webster’s, I think reload’s etymology stems from Clint Eastwood movies. “I’m out of juice. Time to reload; fire in the hole!” (Hard to believe I went so long being single.)

However, saying “reload” does not constitute proper procedure, according to the USGA. A player must announce: “I am hitting a provisional,” to competitors. You must abandon your provisional ball if your original isn’t lost or out-of-bounds, or you determine that it’s in a water hazard:

Conversely, anytime you hit a great provisional shot, you might not want to find your original ball. If someone finds it before you play a shot with the provisional, the first ball is the one you must play. 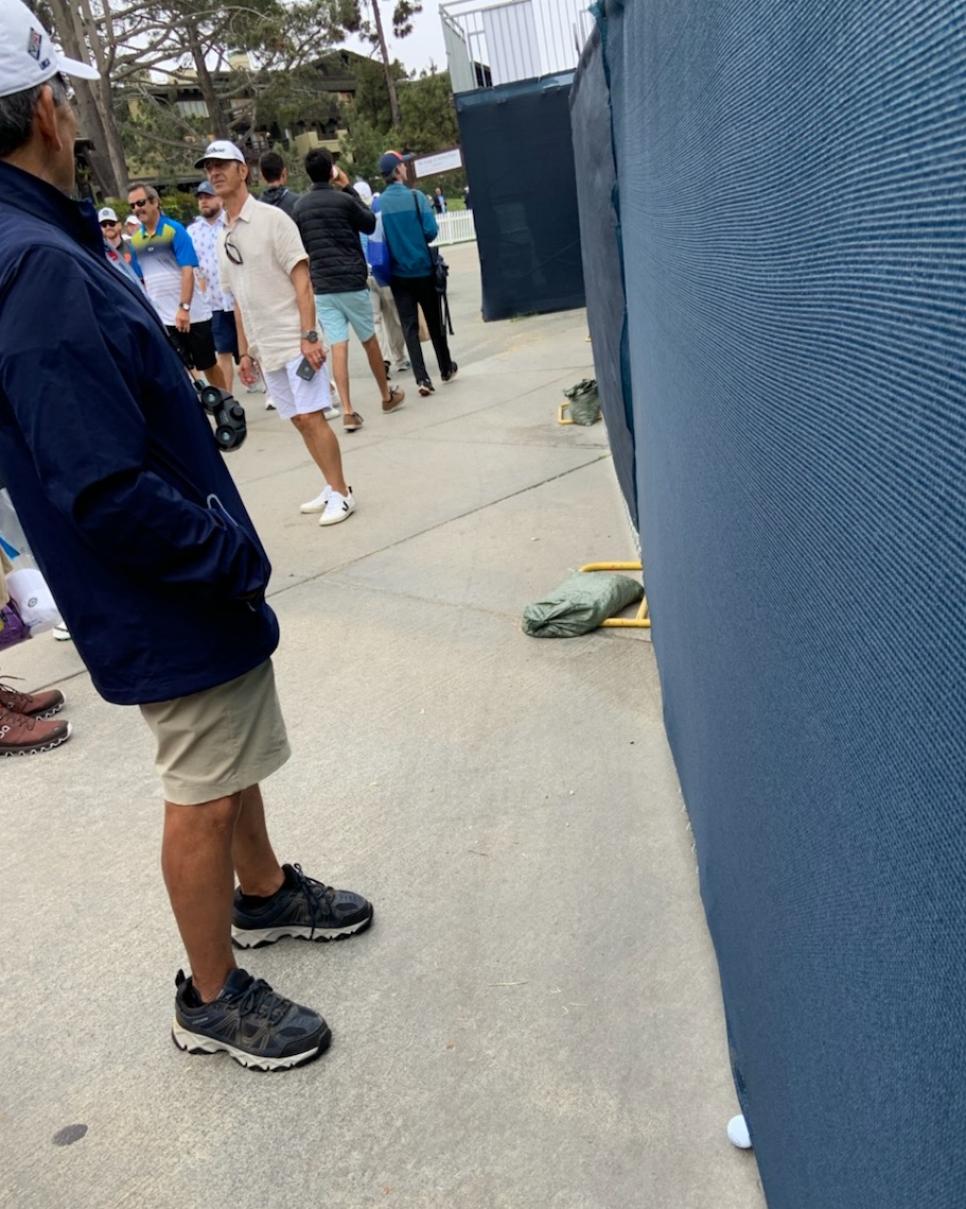 Most players understand they get help in such scenarios. In that same vein, most don’t know the proper way to push ahead. You take your stance, from there getting one club length of relief. The new spot has to be without interference from what caused the drop. From the USGA: “For example, if the ball lies on a cart path, the ball must be dropped at a point where the cart path does not interfere with the lie of the ball, his stance, and also the area of intended swing. If the ball comes to rest in such a position, it must be re-dropped.”

This mainly comes up in match play, but whoever is farthest away from the hole is up. And if someone breaks that order, a competitor is allowed to cancel the shot, forcing them to replay it.
But this comes with a caveat: Unless it’s an egregious offense, don’t call this on a competitor. Unless you want their putter tomahawked into your windshield after the round.

This falls under the immovable object umbrella, but happens so often that it deserves its own section. Relief is granted from sprinkler heads only if your ball, intended stance, or swing is interfered with. Line of play isn’t covered, meaning if you’re putting from the fringe through a sprinkler towards the green, well, you might want to break out a wedge. 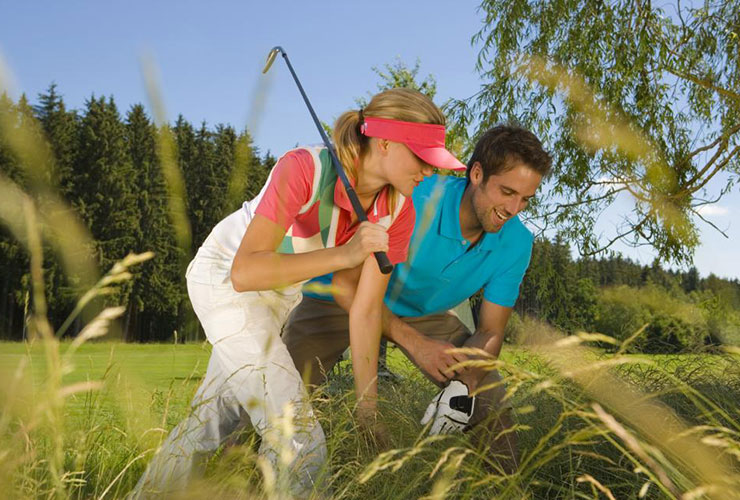