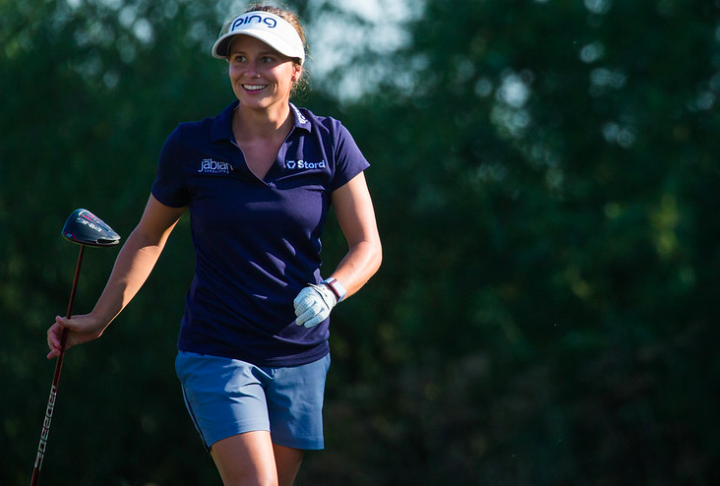 By Matt Smith
Ewen Ferguson will take a three-stroke lead into the final round of the ISPS Handa World Invitational as he seeks a second DP World Tour title.

The Scotsman, who secured his maiden success at the Commercial Bank Qatar Masters in March, started the day one stroke ahead of Spain’s Borja Virto at Galgorm Castle Golf Club but quickly moved clear after birdies on the second and fourth holes.

His third birdie of the day came on the 10th and he recovered from back-to-back bogeys on the 14th and 15th with his fourth gain of the day on the 18th as he moved to 11-under par after signing for a two under 68.

The 26-year-old sits three strokes ahead of American John Catlin, who won the Irish Open at this venue in 2020.

Last year’s Challenge Tour Number One Marcus Helligkilde, of Denmark, carded the lowest round of the day, a six-under 64, which included two eagles and four birdies, to move into a share of third place on seven-under. Joining him in third place are England’s Jack Senior, Scotsman Connor Syme and Virto.

A further cut has been made after the third round of the the innovative event, which sees a DP World Tour and a co-sanctioned LPGA Tour and Ladies European Tour tournament taking place on the same golf course. The top 35 players and ties from each tournament after 54-holes will contest the final day, with 38 men and 39 women set to tee it up in alternating groups.

In the women’s competition, Amanda Doherty will go in search of her first LPGA Tour title as she takes a one-stroke lead into the final day. The American, who has led since the first round, is one shot clear from 2018 Women’s Open champion Georgia Hall and Peiyun Chien from Chinese Taipei.

“I feel like overall it was a good day. I got off to a little bit of a rough start and I hit a few crazy shots today, so I managed to kind of come back from those and try and stay patient to have a decent round,” said Doherty.

“Going into the second round and going into today I was in pretty much the same spot, so I feel like I’ve had a little bit of experience with that this week. Obviously, the final round is a little bit different, but I’m excited.

“I was glad to get a birdie on 18. I had a few close calls, and nothing was going in, so it was nice to get that one. I was in contention quite a few times last year on the Epson Tour. I didn’t pull any of them off, but I feel like I had good final rounds. That’s all you can ask for. You can’t control what anybody else does. As long as I can have a solid final round, I’ll be happy with that.” Ferguson added: “For 36 holes I played really, really good. Today was such a grind. I knew that I didn’t feel great on the range and it was going to be a grind, so battled away and chipped and putted my way to shooting a really good 68 around a tough golf course and extended my lead. Can’t ask for much more, to be honest.

“It’s just way too early to start feeling pressure. I’ll feel pressure tomorrow on the back nine, but like I just was just — you’re just jockeying for position at this moment it seems like, so just kind of going with it. Try to enjoy it, even though it is — it was tough because I wasn’t at all on my game, but grinded it out really well.”