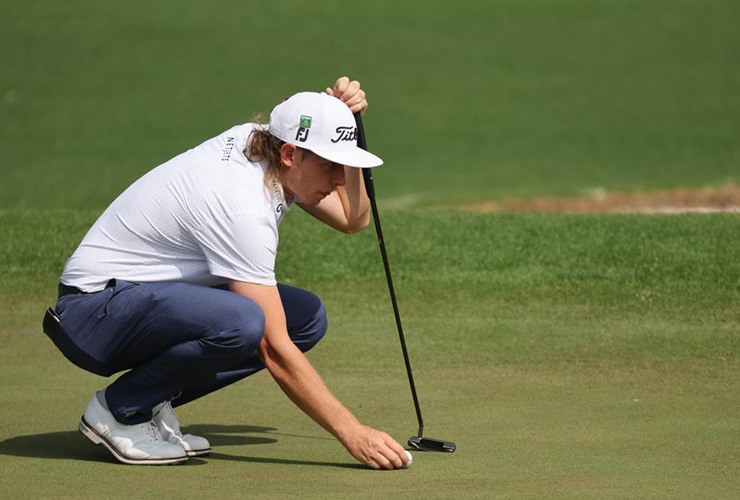 By Matt Smith
JJ Spaun continued to lead the FedEx St Jude Championship ahead of the final round, but another player two strokes back was the one turning most heads.

Spaun leads by one stroke from Sepp Straka. They will go out in Sunday’s final group, with Straka one ahead of Will Zalatoris, Trey Mullinax and a certain Cameron Smith.

Yes, that Cameron Smith who has been at the centre of rumours concerning a move to the PGA Tour’s rival circuit — LIV Golf — once the FedEx Cup Playoffs are over. If the World No. 2 were to triumph in Memphis, he would move to No. 1 in the world and top the FedEx Cup rankings with two events to go — which will only add fuel to the fire surrounding his reported move and would lead to some very uncomfortable meetings for PGA Tour boss Jay Monahan.

However, there is still a lot of golf to be played. A whopping 22 players lurk five shots or closer to leader Spaun, promising a chaotic Sunday that will promise a stern battle for the title.

“It was a theme of patience, I believe, for today,” Spaun said. “I didn’t make a birdie until 11 and had a few good looks, but it was one of those days where I felt like I was going to get lapped. Maybe in the past I would have not looked [at the leaderboard] and think I’m getting lapped, but reality was I was even par and I was still tied for the lead for the most part. It kind of helped me be OK with being patient.”

Spaun, 31, will be seeking the second win of both this season and his PGA Tour career after his victory at the Valero Texas Open in April, and the same can be said of Straka, who won the Honda Classic in February for his maiden victory.

But back to Smith, who said of the possible move to No. 1 in the world: “That would mean a lot. That’s what we’re all here to do. That’s been one of my goals probably since the start of the year is to try to get to that top spot and try and chase it down.”

On the topic of LIV, Smith adopted his usual no-comment stance coupled with a choice platitude or two, conceding that there have been a “few more” distractions, but saying: “I’m just trying to hit the best shot I can.”