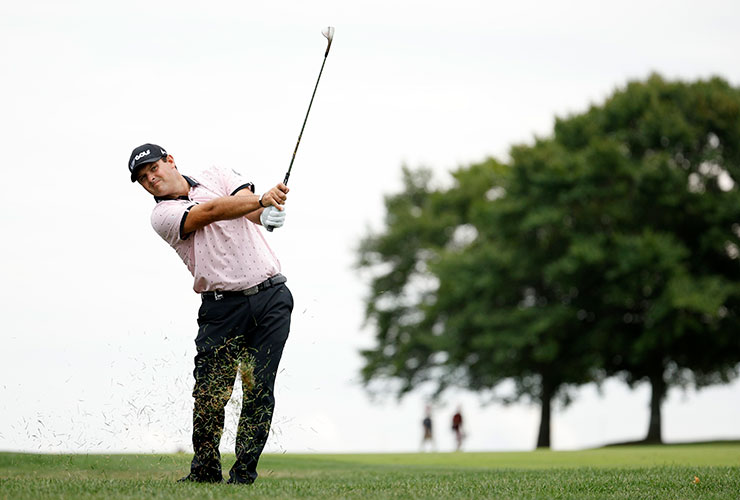 By Tod Leonard
Patrick Reed, the former Masters champion who left the PGA Tour for LIV Golf this year, on Tuesday brought a lawsuit against Golf Channel and commentator Brandel Chamblee and is seeking damages for defamation.

The civil lawsuit, which was first brought to light by a reporter for Courthouse News Service, was filed by Florida-based attorney Larry Klayman at the US District Court for the Southern District of Texas in Houston. Reed seeks more than $750 million in damages.

According to the court documents, the suit contends that Chamblee and Golf Channel have “conspired” with the PGA Tour and Commissioner Jay Monahan “to engage in a pattern and practice of defaming Mr Reed, misreporting information with falsity and/or reckless disregard for the truth … purposely omitting pertinent key material facts to mislead the public, and actively targeting Mr Reed since he was 23 years old to destroy his reputation, create hate, and a hostile work environment for him, and with the intention to discredit his name as a young, elite and world-class golfer … ”

Golf Channel and Chamblee are identified as the defendants, while the PGA Tour and Monahan are not.

The lawsuit further states, “It is well known on tour that Mr Reed has been abused and endured more than any other golfer from fans or spectators who have been allowed to scream obscenities only to be glorified by NBC’s Golf Channel for doing so because it gets Defendants Chamblee and Golf Channel ‘clicks,’ viewership, ratings and increased revenue.”

Reed, 32, has had a decidedly mixed reputation in the professional game. He owns nine PGA Tour wins and once garnered the nickname ‘Captain America’ for his impassioned play in the Ryder Cup. But he also has been involved in several rules controversies, after which numerous commentators and players have called his integrity into question.

The lawsuit attempts to connect some of Reed’s treatment to his move to LIV Golf in early July. He joined the circuit in time for its first United States event outside of Portland, Oregon, and competed in his second tournament in New Jersey three weeks ago. Reed received an undisclosed contract to join LIV, and in two starts his individual earnings are $2.25 million.

The suit alleges that Golf Channel, Chamblee and the PGA Tour are “defaming and smearing anyone associated with LIV … in order to try to maintain their monopolistic hold on professional golf.