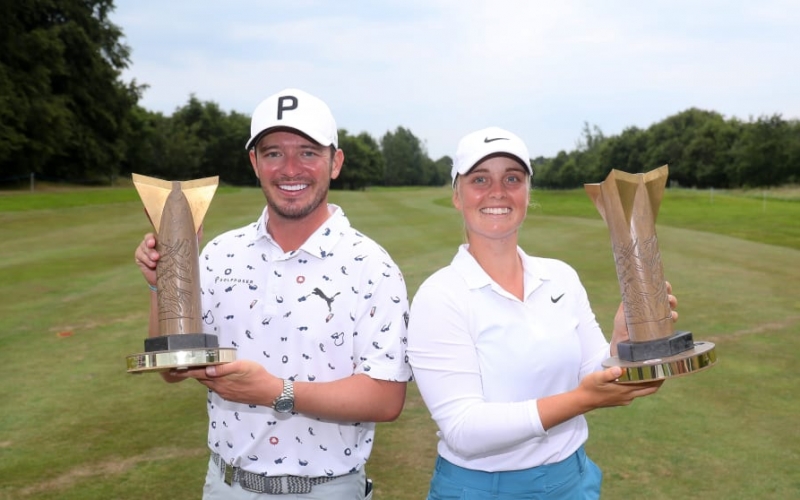 There was a four-way tie for the lead among the ladies and a bunched-up chasing pack early in the final round but it was Stark who took the tournament by the scruff of the neck with six birdies on the front nine. She turned with a three-shot lead and added four more birdies for a course-record 63, 20-under total and five-stroke triumph.

Scotsman Ferguson started the week by firing a course-record 61 and although things got tight at the business end on Sunday, he held in his nerve to win the event — tri-sanctioned by the DP World Tour, Ladies European Tour and LPGA Tour ∏ with a 12-under total and three-shot margin.

The separate tournaments on the same two courses — Galgorm and Massareene — held equal prize funds of $1.5million each with $250,000 for each winner.

Ferguson, the Commercial Bank Qatar Masters winner earlier this year, said: “It feels unbelievable. I just can’t believe how calm I was out there. It couldn’t have worked out any better playing with Connor. I felt although I played with him the first two days and he was playing so, so good, and I felt he was my main rival for the day, so managing to play with him and hold each other off and keep up with each other was so good. Just can’t believe I’m a winner again.”

Stark added: “I don’t think it’s landed yet. I’m just feeling so nervous. All day, I was just kind of reminding myself to be calm and take it one shot at a time. But it’s been easier said than done.”