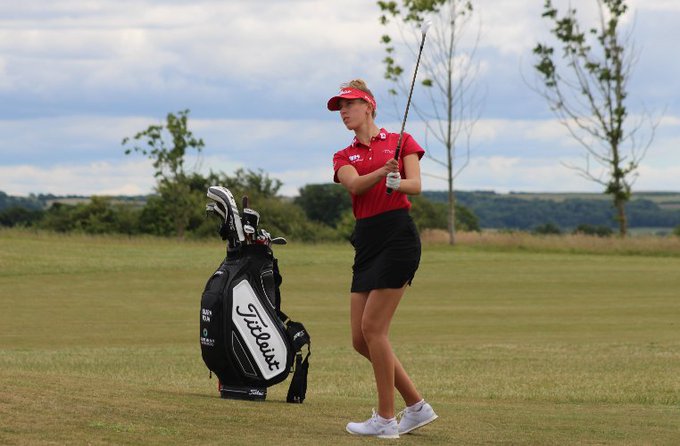 By Matt Smith
Dubai-based teen consolidated top spot in the Ladies European Tour Access Series Order of Merit thanks to a making it to the last four of the Swedish Championship at the weekend.

The German progressed to the semi-finals in the innovative event that saw the top 32 players after two days of strokeplay move into a matchplay format. Noja eventually went down to Netherlands’ Lauren Holmey 2&1. Amateur Holmey then lost the final to another German, Patricia Isabel Schmidt 4&2.

The champion said: “I think it will take some time to realise I have won but it feels great. I played some solid golf the last couple of days. I was happy to play with Lauren, we are good friends, and I was looking forward to the final match with her. I was hitting it solid off the tee, giving myself good positions into the green, and made some good putts.”

With New Zealand’s Momoka Kobori losing in the quarter-finals, there has been a change near the top of the LETAS rankings as Noja nears the title.

The LETAS schedule takes a week off and comes back to Sweden with the Goteborg Open from 24–26 August at Kungsbacka Golfklubb.