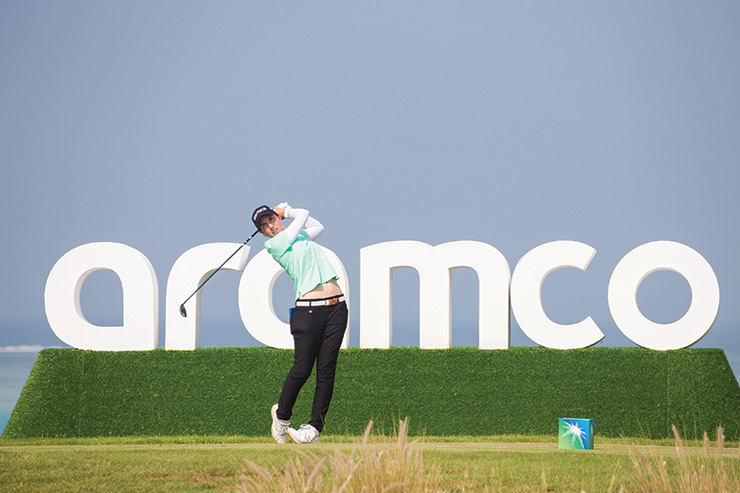 By Matt Smith
Carlota Ciganda is no stranger to winning in her home country of Spain of late and now she has set her sights on adding August’s Aramco Team Series — Sotogrande to her collection.

The 32-year-old claimed a wire-to-wire victory on home soil in the Ladies European Tour Estrella Damm Ladies Open outside Barcelona in July — and needed all her experience and nerve to hold off a pack including Scotland’s Laura Beveridge, Swedish pair Maja Stark and Elin Arvidsson and Argentine Magdalena Simmermacher. That followed up on her success at the Andalucía Costa del Sol Open de Espana last November.

The Pamplona native burst on to the Ladies European Tour scene with a flourish as she bagged the Rookie of the Year, Player of the Year and Order of Merit titles as she made her bow in 2012 — claiming her first two titles in the Netherlands and China in the process.

Ciganda has never looked back, adding a further six top-flight crowns on the LPGA and LET series, registering five top-5 finishes in the majors, and winning the Solheim Cup three times in five appearances for Team Europe.

Now she has found her way back to the top of the podium with perfect timing ahead of a key part of the 2022 season thanks to her Estrella Damm victory just outside Barcelona, and nothing gives her more satisfaction and motivation than playing in her native Spain.

With two majors — the Amundi Evian Championship in Spain and the AIG Women’s Open in Scotland — taking place in quick succession ahead of the Sotogrande Aramco team competition back in Spain from August 18 to 20, it will be a busy time for Ciganda in Europe for the next month or so.

“I love playing in Spain,” she told Golf Digest Middle East. “It is great to get that home support, especially just now as there are quite a few events going on and I always seem to do quite well. When I won last year and even last week I had lots of family and lots of friends around me on and off the course, so it is always a lot of fun to aver that added element.

“Playing in front of them is always great and I can’t wait to be back playing at Sotogrande in the Aramco event.

“The team event is a great addition. I played last year in Saudi and it is a fun time, playing in teams over the three days. So I am excited to get there and get going.” 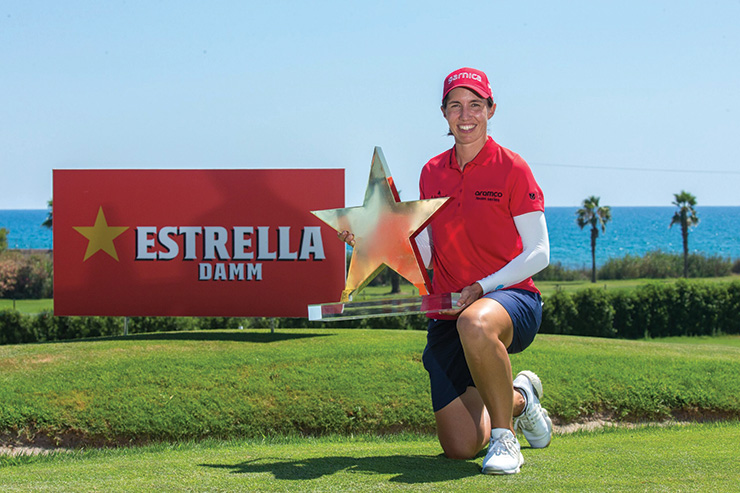 Having been around for more than a decade now, Ciganda is thrilled to see the likes of the LET finally get the prize money and recognition she believes it has deserved for some time now, with the Aramco events and Saudi funding help boost purses and attract the top players. For example, the LPGA’s superstar sisters Nelly and Jessica Korda have signed up for Sotogrande at La Reserva Club and they will compete in Spain for the first time.

“I think that Aramco is great for women’s golf,” she said. “These five $1 million events on the LET are great for the tour and for the girls, bringing in more elite competition along the way.”

However, she insists more needs to be done.

“I would like to see more money on the LET tour. I know they have the events now, they did not have that many top-class events a couple of years ago, so if they can get some more money in to reflect that quality it would be great.

“But these five or so Aramco events are a great start in raising the standard and exposure of the women’s game.

“It is a fun format and something different, and the way we are looked after is great.”

Before all that, Ciganda will be contending at the Evian before heading to Scotland for a different challenge in the Women’s Scottish Open and the AIG Women’s Open, both played on links terrain that the Spaniard is not used to.

“I have had a few days off after winning the Estrella and now I am back practising. I am excited for the coming weeks playing in Europe as we have the Evian, which I am very excited about,” she said.

“It will be good to play the Scottish Open at Dundonald as a warm-up to the Open at Muirfield as they are both links courses. I hear Muirfield is a pretty tough course, so any preparation I can get will be good. I am excited for the challenge.” 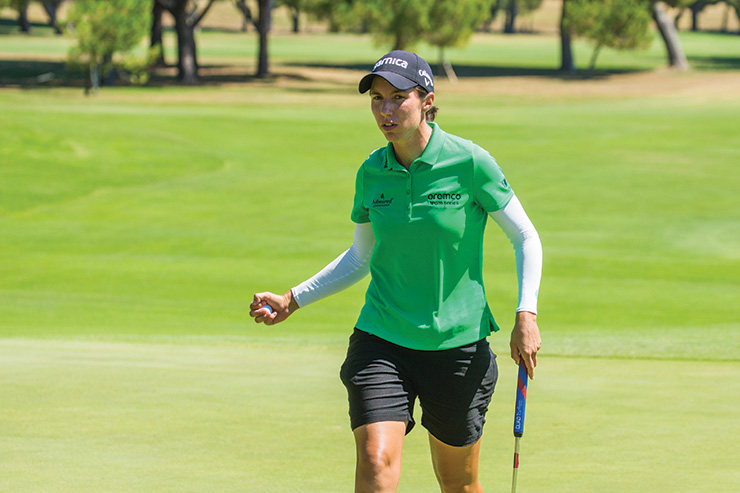 For a Spaniard more familiar with parkland courses, it certainly will be a challenge.

“I am used to playing the tree-lined courses in Europe, but obviously sometimes you have to play the links,” Ciganda added. “It is just more creative golf. You have to know how far the ball is rolling, plus all the different bounces you can get on a links course compared to the relative flat parklands. It is a fun, different challenge. We are not used to it but it is good for your game to challenge yourself on different courses and set-ups. If you are pushing yourself it can only be a good thing.”

And Ciganda is ready to put her experience to good use.

“I have 10-11 years on tour now and obviously that experience helps me,” she said. “I would say the level is going up and up and it is harder to win tournaments — on the LPGA, for sure. But I still see myself with chances and I always like to win again on the LPGA. So I just keep practising and working hard so I can get another win. That is always the goal.”

With a small Armada of Spanish stars already signed up for Sotogrande, team captain Ciganda was put on the spot when asked who she would opt for as her skipper’s pick with the likes of Nuria Iturrioz, Maria Hernandez, Carmen Alonso, Paz Marfa Sans, Elena Hualde, Elia Folch, Harang Lee, Luna Sobron Galmes, Marta Martin and Marta Perez taking part. Joining them will be Ana Peláez Triviño, the 2022 Madrid Women’s Open champion, who turned professional only a year ago at the debut Aramco Team Series — Sotogrande.

“Oh, I haven’t thought about it too much,” Ciganda confessed. “I guess I would like to play with one of the top Spanish players. It is always nice to speak the same language and have those things in common so hopefully I can get one of those girls.”

With individual and team honours to go for, regardless of whom she picks, Ciganda will be on hand to pass on her expertise and tips to the next generation.