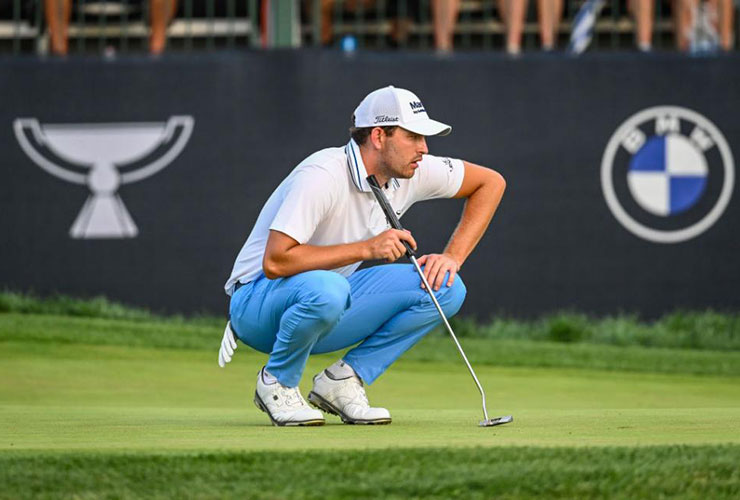 By Jared Goldstein
Wilmington Country Club has never hosted a PGA Tour event. That’s not to say the club is without history. It has been home to six USGA events, dating back to the 1913 US Women’s Amateur, as well as the 2013 Palmer Cup and a few star-studded exhibitions featuring Arnold Palmer, Jack Nicklaus, Gary Player and Carol Mann.

Yet, as 68 players jockey for position in the penultimate FedEx Cup Playoffs event, with 2,000 points up for grabs and a $1.71 million going to the winner, nobody but Justin Thomas has played a competitive round on the course. That’s kind of a big deal, especially with the stakes as high as they are.

It depends whom you ask. The last two US Open champions don’t think so.

“There are some times where not overthinking a golf course helps,” Jon Rahm said on Tuesday. “Meaning, a lot of times you might not be aware of all the troubles. So you just focus on what you have to do. You don’t have any past experiences, you don’t know what could happen. You just know there’s a shot you have to hit and that’s it. That sometimes helps.”

Matt Fitzpatrick is also flying blind, relying only on a Monday scouting mission from his caddie, Billy Foster.

Those two might feel comfortable in uncharted waters, but defending champion Patrick Cantlay — who won in 2021 BMW at Caves Valley, which had also never hosted a PGA Tour event — has a different take on the experience factor.

“I’m not sure about that. I don’t think there’s too much strategy to this golf course,” Cantlay said. “I think it’s pretty right in front of you and similar to last year. The venues between last year and this year are actually really similar, I think, in style of golf.”

The key, then? Simply hit golf shots. Hit them far. And putt well.

“You’ve got to hit it as far as you can and hit a lot of fairways,” Cantlay said. “This course is a little narrower than last year, and I think most times you see when guys win they just got hot with the putter, which I did last year. A good recipe is top of the way in driving and top of the way in putting.”

Ultimately, in order for the course to suit a player’s eyes or for them to get comfortable faster, they are going to have to be masters in preparation. And few embrace the grind of tournament prep the way Fitzpatrick does.

All three players have reason to feel comfortable in their approach. The last calendar year of results dictates that. We’ll find out on Sunday evening what the right combination of scouting, preparation and comfort actually is.