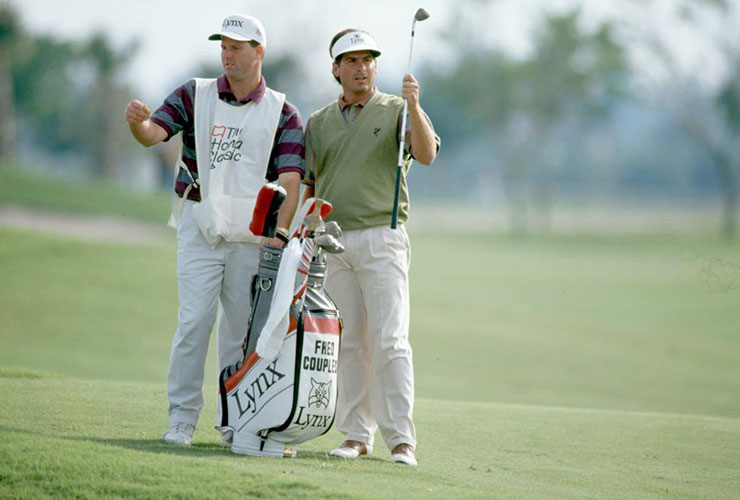 OK, let’s tee this tale up by saying it involves Couples, caddie Joe LaCava, and a ‘missing’ 7-iron. We put that word in quotations because as you’ll learn, LaCava knew exactly where the club was. Because he left it back on the other side of the country.

Oh, and this tale took place 30 years ago. So why is it coming up now? Well, LaCava’s son was on Couples’ bag for last week’s Boeing Classic on the PGA Tour Champions. And in a pre-tournament video shared by the tour, it happened to come up. And it’s a story that Joe Jr can certainly be proud of. Anyway, take it away, Fred:

Absolutely amazing. In case you couldn’t get the video to play, essentially, Couples tossed a 7-iron he used for the last shot of a tournament to the ground in disgust and LaCava refused to pick it up. When they were practicing the following week, Couples finally noticed the missing club and asked where it was. “It’s back on the 18th hole where you left it.” Boom.

What a legendary looper move. Joe just left it there. Even though it was the 7-iron of his boss. Who happened to be the reigning Masters champ and World No. 1 at the time. Talk about a bold career choice.