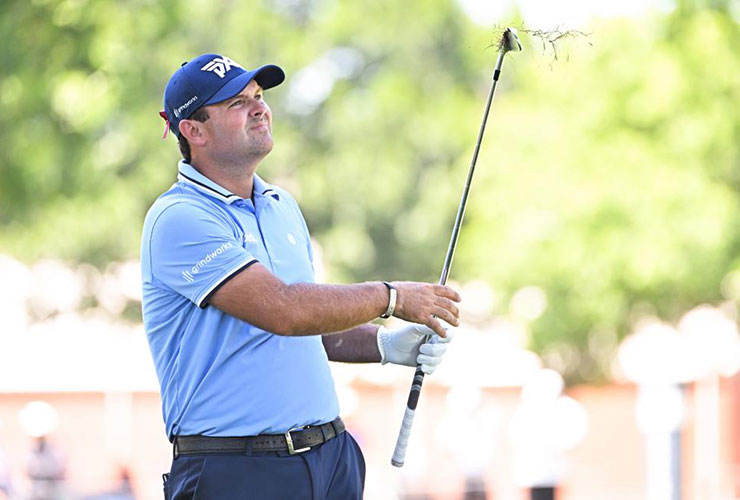 By Ryan Herrington
Patrick Reed didn’t have great memories of Le Golf National before competing there again this week at the DP World Tour French Open. The 32-year-old American went 1-2 during the Ryder Cup when it was held at the Albatross Course outside Paris in 2018, and then became part of a firestorm after the frustrating US loss to Europe when he called out US captain Jim Furyk and teammate Jordan Spieth in a New York Times interview.

Things didn’t turn out much better when Reed returned for the DP World Tour’s annual stop. With rounds of 73-72 for a one-over 145, he missed the cut by three shots and was 18 shots back of 36-hole leader Rasmus Hojgaard.

Worse than not getting vindication, Reed leaves France without the thing he was truly seeking: World Ranking points.

Since signing on to play in the LIV Golf series in June, Reed has seen his World Ranking fall from 36th to 50th. By missing the cut, and thus getting no points for his efforts in France, Reed is guaranteed to fall outside of the top 50 when the new ranking is released on Monday. When that happens, it will be the first time Reed has been ranked out of the top 50 since January 2014 after winning the PGA Tour Humana Challenge, the second of his nine career tour titles.

Reed’s drop, like those of several LIV golfers, comes largely because LIV events don’t offer World Ranking points to participants — something those associated with the circuit are lobbying to change. Last week, 50 players, including Reed, signed a letter to Peter Dawson, chairman of the Official World Golf Ranking, asking him to change LIV’s status immediately and retroactively grant World Ranking points to the first tournaments that LIV has held since its launch in June.

By movingto LIV Golf, Reed cost himself the chance to compete on the PGA Tour, which offers ranking points; Reed subsequently resigned his membership. He is an honorary lifetime member of the DP World Tour, which is letting LIV members play in its events pending a UK court’s decision in February on whether the tour can ban those playing in the rival league.

Reed will get a chance again next week to try and reverse his slide in the rankings. He’s in the field at the DP World Tour’s Dunhill Links Championship at St Andrews.

You may also like:
Golf Digest Middle East presents Oktoberfest 2022
US dominate Internationals on Day 2 of Presidents Cup
LPGA announce new event hosted by Michelle WIe
Reed to line up with LIV Golfers at Alfred Dunhill Championship
Hsieh becomes youngest player to make cut on tour
Monahan tight-lipped on LIV Golf rankings quest
Tiger helps out at Presidents Cup
Perez brings the LIV party to Asia
Key moments from Day 1 at Presidents Cup
Should the Presidents Cup bring in the LPGA players
Justin Thomas is a hard ‘no’ on PGA Tour v LIV Golf
Greg Norman shut out of Shootout
Adam Scott on why he shunned LIV Golf
LOOK: The latest LIV Golf standings after Chicago
Five ways to improve the Presidents Cup
Every player at the 2022 Presidents Cup ranked and rated
Davis Love finds his voice — thanks to LIV
WATCH: LIV Golf highlights from Chicago
WATCH: Willett’s three-putt to lose Fortinet
Pay day in Chicago: Who won what at LIV Golf?
Loud and proud crowd the difference at Presidents Cup
WATCH: Bryson gets in a tangle at  Chicago LIV event
Laklalech becomes first Arab to win on LET
Chiara Noja secures LET card for 2023
Get your FREE September edition of Golf Digest Middle East here