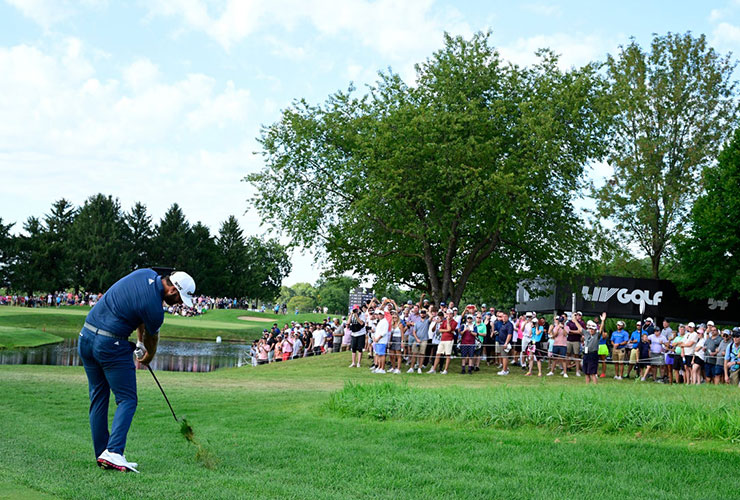 By Matt Smith
While Cameron Smith took the glory at Rich Harvest Farms for the fifth LIV Golf event of its inaugural season, it was second-placed Dustin Johnson who managed to stretch his lead at the top of the season-long individual standings.

The American, who won in Boston and finished T2 alongside fellow American Peter Uihlein outside Chicago, now has 118 points after five tournaments, with Bangkok and Jeddah to go before the team finale in Miami.

South Africa’s Mr Consistent Branden Grace remains second on 79 points following his 18th-place finish at Chicago, while Australian Smith has vaulted up to third spot, despite having only played two events.

Cam followed up his tied-fourth on debut in Boston with a three-stroke triumph last time out and now has 56 points, taking him one aheaad of London champion Charl Schwartzel.

In the team event, Johnson’s 4 Aces are running away with things thanks to four consecutive victories, and are clear at the top of the table on 136 points, with the South African Stinger team second on 72 points and Lee Westwood’s Majesticks third on 57.