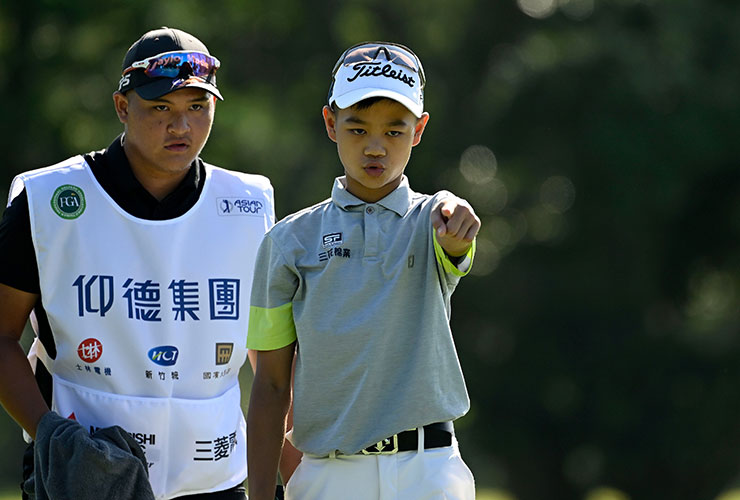 By Matt Smith
Chinese-Taipei teenager Hsieh Cheng-wei added a 74 to his first day 69 to sit one-under on Day 2 of the US$700,000 Yeangder TPC and become the youngest player ever to make it through to the weekend on one of the main tours at the age of 14 years and 33 days.

Thailand’s Jazz Janewattananond had held the Asian Tour record having made it through to the weekend at the Asian Tour International in 2010, when he was 14 years and 71 days.

Four-time Asian Tour winner Nirat proudly announced “my game is back” after firing one of his best tournament rounds for a considerable period, an eight-under, to take a two-shot lead.

The last of his victories on the Asian Tour came in 2014 — but glimpses of his old self were on display when he made nine birdies before dropping his only shot on the penultimate hole.

“I have been working with my coach for the last five months,” he said. “I was teaching my juniors for a while but then I came back and worked hard for five months or six months, and on my fitness too. Today my putting was really good, but my tee shots were a bit left and right in today’s strong wind. The greens are also better this year. Yes, my game is back!”

You may also like:
Golf Digest Middle East presents Oktoberfest 2022
Monahan tight-lipped on LIV Golf rankings quest
Tiger helps out at Presidents Cup
Perez brings the LIV party to Asia
Key moments from Day 1 at Presidents Cup
Should the Presidents Cup bring in the LPGA players
Justin Thomas is a hard ‘no’ on PGA Tour v LIV Golf
Greg Norman shut out of Shootout
Adam Scott on why he shunned LIV Golf
LOOK: The latest LIV Golf standings after Chicago
Five ways to improve the Presidents Cup
Every player at the 2022 Presidents Cup ranked and rated
Davis Love finds his voice — thanks to LIV
WATCH: LIV Golf highlights from Chicago
WATCH: Willett’s three-putt to lose Fortinet
Pay day in Chicago: Who won what at LIV Golf?
Loud and proud crowd the difference at Presidents Cup
WATCH: Bryson gets in a tangle at  Chicago LIV event
Laklalech becomes first Arab to win on LET
Chiara Noja secures LET card for 2023
Get your FREE September edition of Golf Digest Middle East here