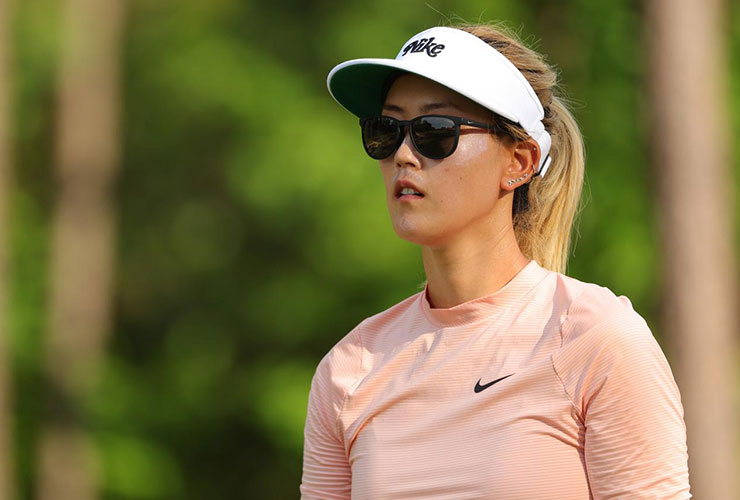 By Brittany Romano
Teaming up with Michelle Wie West, Liberty National Golf Club and the American Junior Golf Association (AJGA), the LPGA Tour announced on Friday a new event added to the 2023 schedule with a unique field. The Mizuho Americas Open will be held at Liberty National in June and feature top professionals playing alongside junior golfers.

“When I was younger playing in events, I got a taste of it and that was when I knew I could do it,” Wie West said. “I hope this tournament will make a deep impact with junior golfers.”

It’s the first time Liberty National in Jersey City, New Jersey, will host an LPGA event and the format is the first of its kind. Scheduled for June 1-4, the 120-player LPGA Tour field will compete alongside the top 24 female junior golfers, according to the Rolex AJGA Rankings. Each group will play for their own title.

The juniors and the pros will start the week playing separately and after the LPGA field is cut to 50 after the second round, the entire field will meet over the weekend to play in threesomes of two pros and one junior. Typically, LPGA events cut the field to 70 going into the weekend, but tournament officials say the smaller field will give the juniors more access to the pros.

“It’s not just about the competition; they’ll see how they train, they’ll see the environment they are in,” LPGA Commissioner Mollie Marcoux said. “The juniors will have the opportunity to basically be an LPGA player for the whole week.”

The pros will compete for a $2.75 million purse, one of the largest non-major championship purses on the LPGA Tour, which has recently made an effort to raise prize money across the board.

Wie West, who has taken a step back from competition, will serve as tournament host.

“When I made the transition away from playing for a time, these are the things I really want to do,” Wie West said. “I’m really passionate about the LPGA Tour, growing the women’s game and access to the game and diversity into the game, and I’m extremely honored that I get the opportunity to hit all the things I want to do in one tournament.”

You may also like:
Golf Digest Middle East presents Oktoberfest 2022
Reed to line up with LIV Golfers at Alfred Dunhill Championship
Hsieh becomes youngest player to make cut on tour
Monahan tight-lipped on LIV Golf rankings quest
Tiger helps out at Presidents Cup
Perez brings the LIV party to Asia
Key moments from Day 1 at Presidents Cup
Should the Presidents Cup bring in the LPGA players
Justin Thomas is a hard ‘no’ on PGA Tour v LIV Golf
Greg Norman shut out of Shootout
Adam Scott on why he shunned LIV Golf
LOOK: The latest LIV Golf standings after Chicago
Five ways to improve the Presidents Cup
Every player at the 2022 Presidents Cup ranked and rated
Davis Love finds his voice — thanks to LIV
WATCH: LIV Golf highlights from Chicago
WATCH: Willett’s three-putt to lose Fortinet
Pay day in Chicago: Who won what at LIV Golf?
Loud and proud crowd the difference at Presidents Cup
WATCH: Bryson gets in a tangle at  Chicago LIV event
Laklalech becomes first Arab to win on LET
Chiara Noja secures LET card for 2023
Get your FREE September edition of Golf Digest Middle East here