Presidents Cup 2022: Prompted by LIV, Davis Love III has found his voice about the future of golf 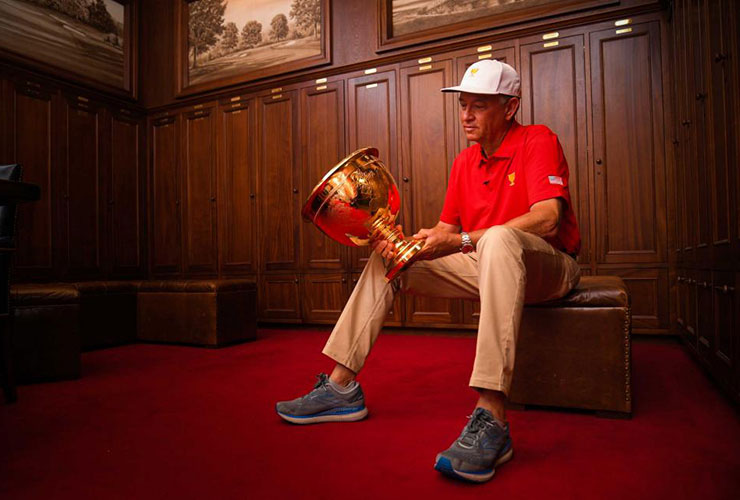 By Dave Shedloski
In early July, as he perched himself at the edge of a wooden bench in front of his locker at Firestone Country Club in Akron, Ohio, Davis Love III wore an expression somewhere north of agitated that had nothing to do with his closing two-over-par 72 in the Bridgestone Senior Players Championship. Love had things on his mind, and he didn’t need prompting to begin relieving himself of the tension building up inside his trim 6-foot-3 frame.

“The more that I think about what’s going on in golf, the more I can’t see this as anything but an attempt at a hostile takeover,” Love said as he slowly removed his shoes. “I mean, it is a hostile takeover. We have to see it for what it is.”

Since that day, few members of the PGA Tour have been more outspoken in opposition to the LIV Golf series than the man who is serving as US captain in the 14th Presidents Cup at Quail Hollow Club in Charlotte. A native of the Queen City, Love is a life member of the tour with 21 victories, including the 1997 PGA Championship and two Players Championship titles. He also has lived his life under the banner of golf’s establishment; he is the son of a PGA of America professional and has been a stalwart on the PGA Tour Policy Board, serving five terms as a player director, most recently in 2018.

PGA Tour devotees Rory McIlroy, Justin Thomas and Billy Horschel are among today’s players vociferous in protecting their turf as LIV Golf has made inroads and signed a collection of golf’s top players. For Love, however, the ongoing changes in the game are a personal affront. He was privy to the formative machinations of the Presidents Cup in 1993. He was in attendance in 1994 at Bay Hill when Arnold Palmer shot down Greg Norman’s his World Tour proposal — not unlike his current moves as the CEO of LIV Golf.

Even more pertinent to today’s LIV Golf battle against the long-established tours is that Love was among the player contingent who went to Washington, DC, in 1995 to argue the tour’s antitrust case against the Federal Trade Commission. The resulting tour victory preserved its tax-exempt status and a number of key organizational provisions, including the ability to forbid members from appearing in non-tour events without the commissioner’s permission. Remember this precedent when LIV Golf’s antitrust lawsuit against the PGA Tour plays out in court in the coming months/years. 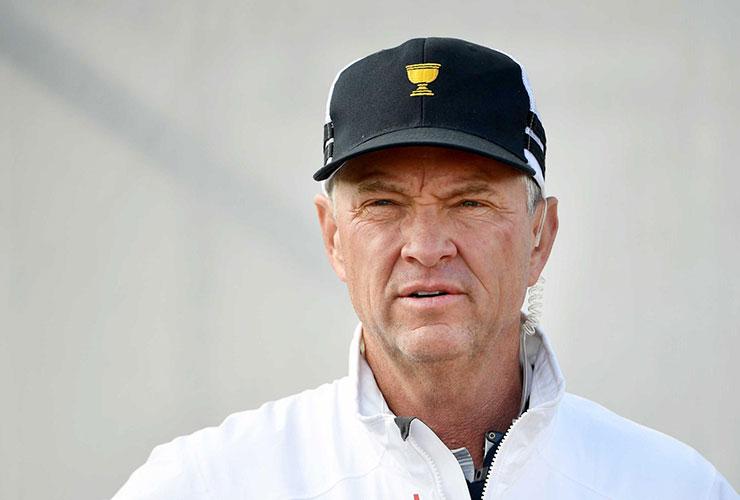 Approachable throughout his career and always mindful of his father’s legacy of professionalism, Love is known for speaking in measured tones. Forthright, but measured. But in sizing up the financially flush LIV Golf series, Love feels the need to be more than just the good foot soldier. There’s been a brashness to his comments, including the suggestion that players might consider choosing en masse to not compete in events in which LIV golfers appear.

“Somebody said to me, ‘Oh, you’ve found your voice.’ I think a lot of us have found our voices,” Love told Golf Digest last week in a phone interview. “Guys are speaking their minds. I’m just doing my part.”

Not long after he turned 70, former tour player and long-time NBC Sports golf broadcaster Roger Maltbie said that “with age comes a certain freedom to speak your mind.” Love, 58, is inclined to agree — to a certain extent. Circumstances dictate his conversion from a behind-the-scenes diplomat to public-square caller.

“Honestly, I don’t have anything to lose at this point in my career. I just hate what’s going on in the game and how it’s tearing the sport apart,” he said. “I’m not trying to get anybody’s vote or get more corporate outings. I’m just speaking out for what I believe and what the tour believes, and the difference for me now is that I’m the United States Presidents Cup captain. I have a platform and I have to use it.”