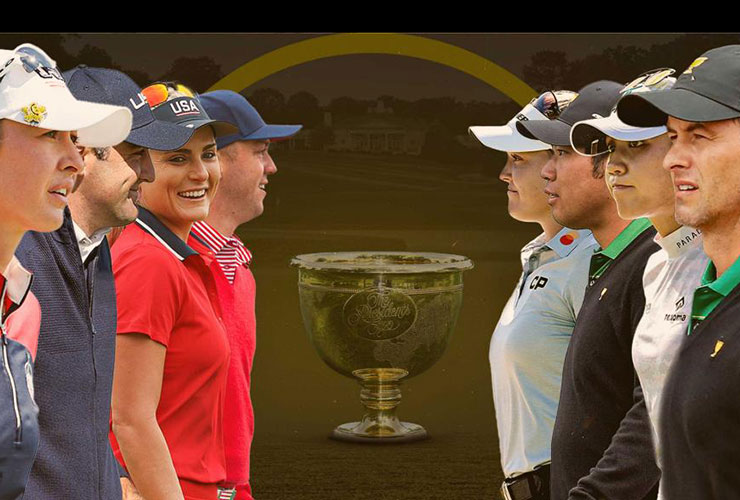 By Keely Levins and Kent Paisley
The Presidents Cup has been played 13 times since its inception in 1994. Team USA has won 11 of those, the match was halved once, and the International team has one lone victory coming in 1998. If an event has been played for nearly 30 years and has produced basically the same result throughout, might that be a sign there’s opportunity for change?

The question becomes more relevant when looking ahead to the 14th playing of the event this week at Quail Hollow Club. As Charlotte welcomes the 24 competitors a year later than expected after the COVID-19 pandemic forced a delay, it’s hard to imagine a result different from the one history has regularly produced. The International team, led by captain Trevor Immelman, come in having lost a handful of players — Cameron Smith and Joaquin Niemann most notably — late in the season when they chose to join the LIV Tour. This has left Davis Love III’s US team heavy favourites. A quick look at the World Ranking shows the discrepancy: the average World Ranking for the 12 pros who make up Team USA is 11.8. For the International team, that number is 48.8.

Earlier this week we offered up five simple ideas to spice up the competition now and in the future. But we’d like to add a sixth that is a bit more radical, yet could pay true dividends in the short and long run:

How about adding women to the Presidents Cup, turning it into a mixed-team event with the LPGA Tour?

The notion of a combined men’s and women’s team event is something that’s been discussed before. PGA Tour Commissioner Jay Monahan is on record as saying back in 2018: “We’re very interested in getting the men and women together inside the ropes in the same week and in the same competition. I think that’s something you’ll see in the future. It’s just a matter of time. That’s really exciting and interesting.”

Working off the premise that the two teams would keep their rosters at 12 players each — six men and six women filled in exclusively off the world rankings — when you add in LPGA players, you start to see how the teams get more evened out. If the competition were to happen right now, the average world ranking for the combined Team USA would be 9.8. The average world ranking for the combined International team would improve to 14.8. Theoretically, this would make for a closer match, and that’s before we even get into what kind of pairings we could witness.

Here’s how the teams would appear if the match were played today, assuming Jin Young Ko would play despite her current wrist injury. 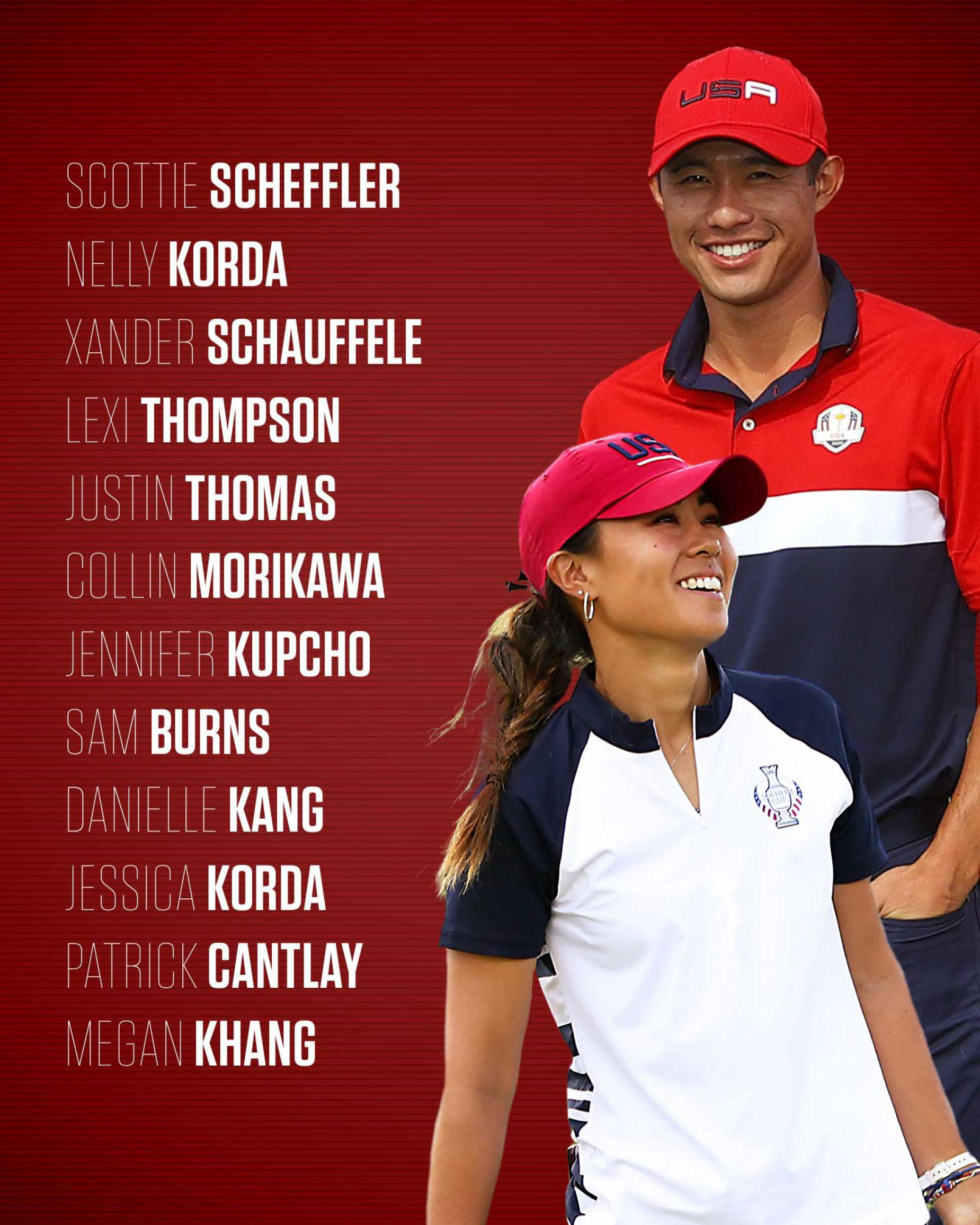 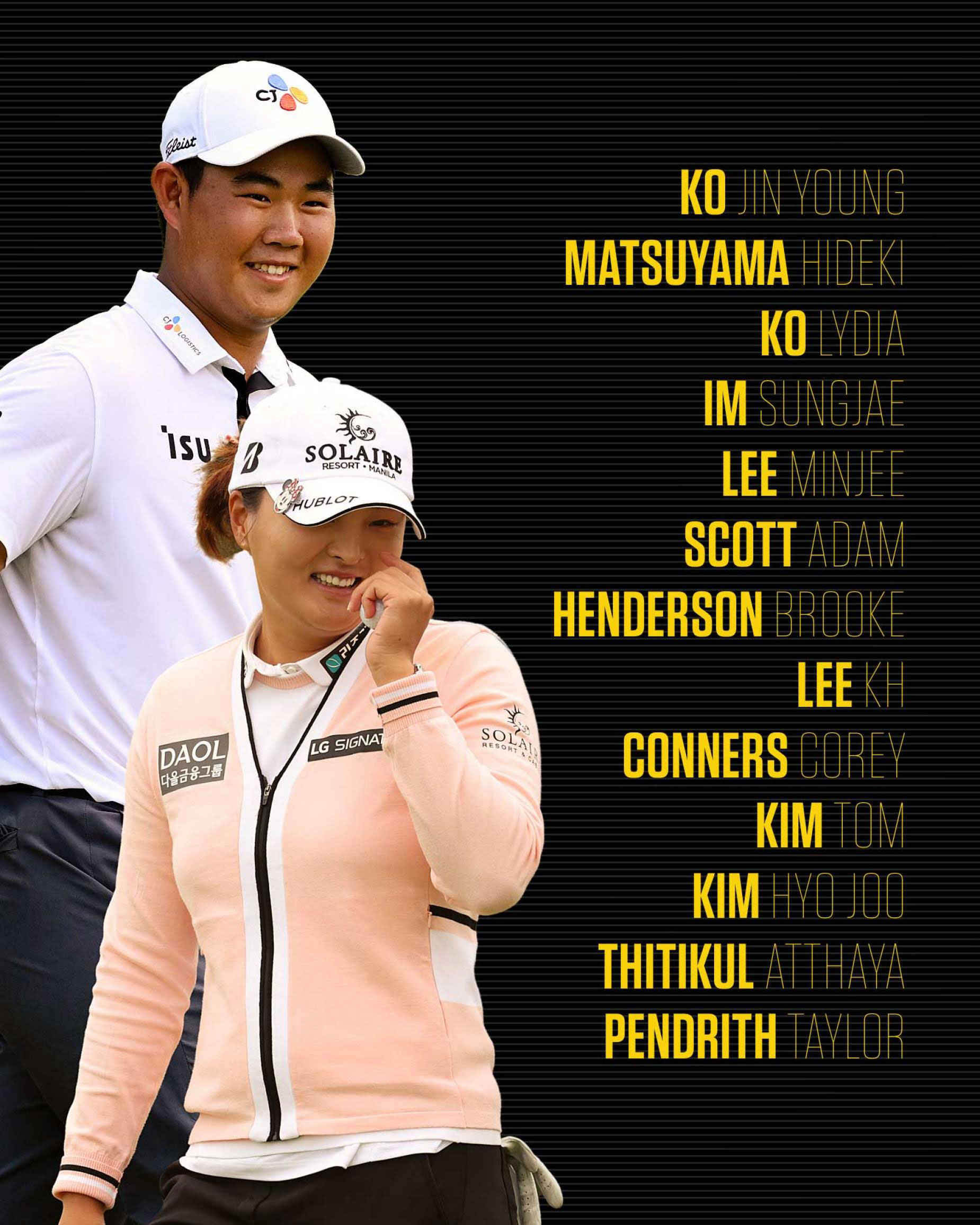 Unsurprisingly, LPGA players were excited when asked about competing in the hypothetical match. Ko, the top-ranked women’s player in the world, told Golf Digest she’d love the opportunity to represent South Korea on such a stage. “I think about it every time I see the Ryder Cup and Solheim Cup,” Ko emailed through her agent of a mixed-team event. “I would love to take part in one.”

An event like this would be a dream opportunity for the LPGA to showcase its best talent. The Solheim Cup, pitting the US against Europe, generates an enormous amount of positive energy around women’s golf. Imagine what the effect would be if PGA Tour stars were added along with incorporating players throughout the rest of the world?

“I think all events that have exposure and events playing with the best players in the world, both men and women together, are good for the tour and good for the exposure for our women to be in that setting,” Marcoux Samaan told Golf Digest when asked about interest in a mixed-team event.

“I know with what’s going on on the PGA Tour maybe the Internationals aren’t as strong as they would’ve been a couple months back,” Korda said. “I know the US men have always done really well. They’ve always been super strong and I feel like we are so international on the LPGA that it could probably balance it out and actually make it really exciting.”

Korda’s sister, Jessica, was for the idea, too.

“It would be very cool. I would think it would add a lot of strength to the event with this one-of-a-kind element,” Jessica told Golf Digest. “It would truly be a unique competition for our sport. It’s always fun and special anytime we get to collaborate with the guys.”

You may also like:
Golf Digest Middle East presents Oktoberfest 2022
Justin Thomas is a hard ‘no’ on PGA Tour v LIV Golf
Greg Norman shut out of Shootout
Adam Scott on why he shunned LIV Golf
LOOK: The latest LIV Golf standings after Chicago
Five ways to improve the Presidents Cup
Every player at the 2022 Presidents Cup ranked and rated
Davis Love finds his voice — thanks to LIV
WATCH: LIV Golf highlights from Chicago
WATCH: Willett’s three-putt to lose Fortinet
Pay day in Chicago: Who won what at LIV Golf?
Loud and proud crowd the difference at Presidents Cup
WATCH: Bryson gets in a tangle at  Chicago LIV event
Laklalech becomes first Arab to win on LET
Chiara Noja secures LET card for 2023
Get your FREE September edition of Golf Digest Middle East here