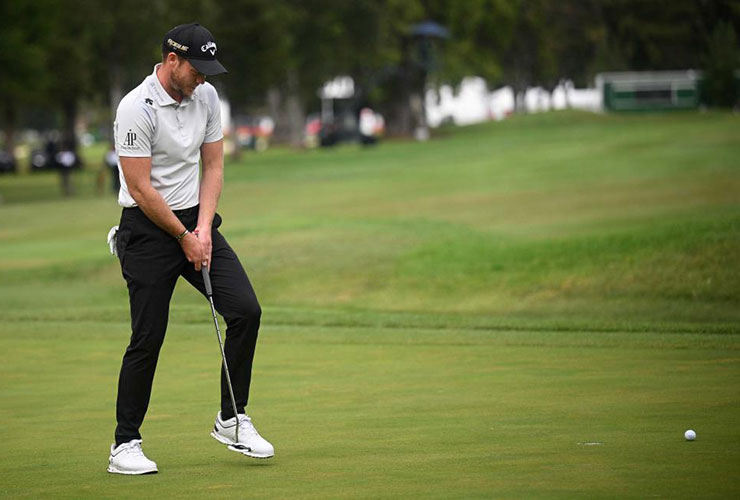 By Ryan Herrington
When Max Homa’s birdie chip fell in the cup on the 72nd hole Sunday at the Fortinet Championship, he wasn’t the only one grinning from ear to ear. There was also a wry smile on the face of Danny Willett, who had a one-shot lead on the tee and appeared certain to win the title when he hit his approach to inside four feet on the par-5 18th at Silverado Resort & Spa, but now knew he had a little more work to do to pull it off.

That said, Willett simply needed to roll in his birdie and the 34-year-old Englishman would finish at 17-under and win for the second time on the PGA Tour, but the first since his Masters win in 2016. Given the fact he barely held on to his PGA Tour card for the 2022-23 season — Willett was 130th on the FedEx Cup eligibility list at the end of the regular season but jumped to 124th when six players jumped to the LIV Golf tour after the Tour Championship — a win was a big deal for a variety of reasons.

But then the unthinkable happened. Despite going 57-for-58 with putts from inside seven feet in Napa, California, over the first 71 holes, Willett awkwardly missed the tournament winner, lipping out left. Even more awkward was the fact he actually left himself a longer comebacker for par to now tie Homa and get into a playoff.

Shockingly, Willett then missed the par putt, making bogey to finish the round with a 69 and the tournament at 15-under.

Here’s the entire sequence, for those who don’t mind watching horror movies:

Willett still had a smile as he hugged Homa afterward. But we’re guessing it’s because he was too stunned to react any other way.

“Just a shame how I finished, but that’s golf, we’re going to do it again another day,” Willett said afterward. “Yeah, a bit disappointing finish to the round, but you’re trying to hole it. Hit it a little bit too firm.”

“Yeah, that was crazy,” Homa said. “I still don’t really know what happened.”

We can’t really end this post on such a downer. So at least enjoy Homa’s impressive birdie chip. Hopefully it washes away the painful image of Willett’s struggles.

You may also like:
Golf Digest Middle East presents Oktoberfest 2022
Pay day in Chicago: Who won what at LIV Golf?
Loud and proud crowd the difference at Presidents Cup
WATCH: Bryson gets in a tangle at  Chicago LIV event
Laklalech becomes first Arab to win on LET
Chiara Noja secures LET card for 2023
Max Homa claims Fortinet title
MacIntyre holds off Fitzpatrick to claim Italian Open
Cam claims LIV Golf title as Sergio responds
Greg Norman gets a Cam mullet
Cam turns on the style at LIV Golf Chicago
Dustin delivers once more on LIV Golf
Rory to face LIV Golfers at Dunhill Links Championship
Mickelson ponders withdrawing from PGA Tour lawsuit
Stenson comes out swinging in Chicago after Boston scare
DeChambeau unhappy with  Presidents Cup omission
Rickie Fowler ready for a new challenge on PGA Tour
Zalatoris explains why he did not chase the LIV cash
Who will be the Aces in the pack at LIV Golf Chicago?
Cam Smith has Aussies punching hard on LIV Golf tour
WSJ examines Monahan’s use of PGA Tour jet
All you need to know ahead of PGA Tour season
Van Dam aims for double impact in New York
Team Europe should fancy Ryder Cup chances
DP World Tour Championship set for a week of fun
Meet Carl Yuan, your favourite golfer you don’t know yet
Puig prepares for life as a pro in Chicago
Dubai Desert Classic set for January return — without Slync
Get your FREE September edition of Golf Digest Middle East here