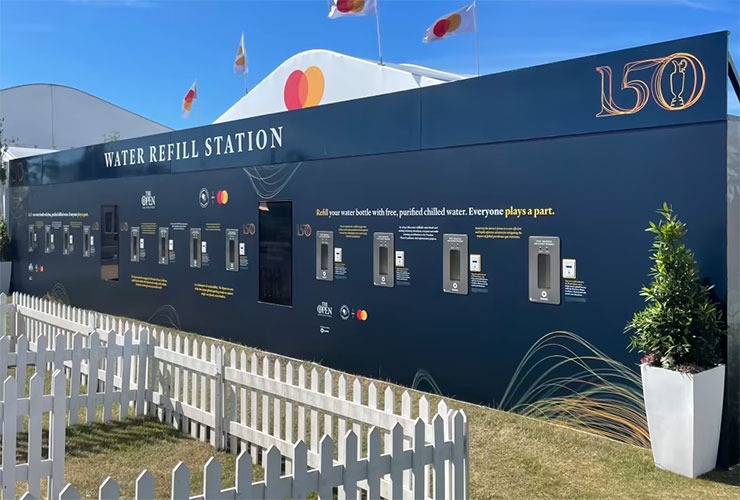 By Matt Smith
While Cameron Smith was doing his thing on the greens, the R&A was also going green as it continued its efforts to eradicate the use of single-use plastic bottles at the 150th Open Championship played at St Andrews in Scotland. While record numbers arrived at the Old Course last week, Bluewater hydration stations dispensed a massive 76,869 litres of water during the event, equivalent to 153,738 500ml-sized plastic bottles.

“We want to thank The R&A, the organisers of The Open, for taking the lead in providing hydration solutions that end the need for an event to sell plastic bottles of water, and the fans who made the choice to support the planet by purchasing a sustainable Bluewater bottle to replace throwaway plastic bottles,” said Bluewater founder and CEO Bengt Rittri. 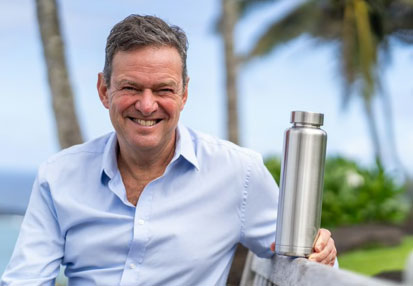 Rittri added the 150th anniversary edition of The Open had attracted around 290,000 fans whose hydration requirements were met despite warmer than average weather conditions.

“The Bluewater event hydration ecosystem not only delivers really pure water free of all known contaminants but also completely and efficiently eliminates the need for single-use plastic bottles of water,” said Dave Noble, Bluewater Director of Events, PR and Communication.