Open Championship 2022: Sun? In Scotland?? Weather forecast is way too nice for golf fans who like carnage 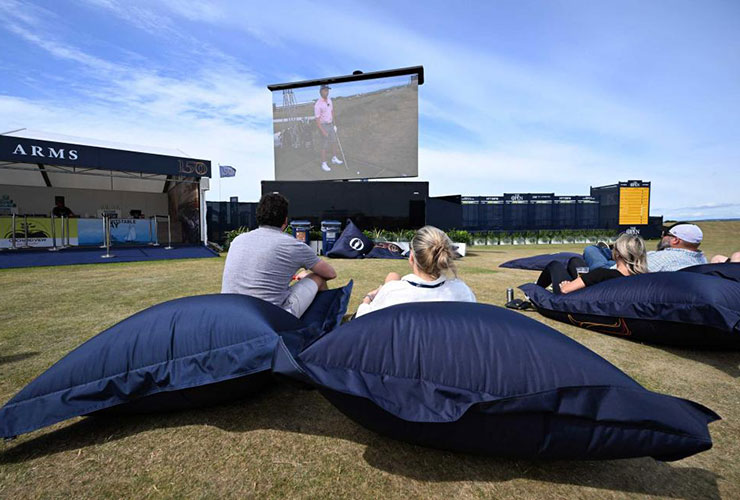 By Ryan Herrington
You’ve heard all the cliches by now. “If you don’t like the weather in Scotland, wait an hour.” “There are two seasons in Scotland, June and winter.” “Nae rain, nae wind, nae golf.”

If you’ll forgive another cliché, these are all music to the ears to golf fans who look forward to rising before the sun one week a year to watch the Open Championship on TV. Part of the joy comes from seeing players battle not just a foreign golf course, but the elements that tend to come with an Open — sideways rain, sideways flagsticks, sideways tour pros.

Apparently, however, Mother Nature is renting out her place in St Andrews to tourists this week because she doesn’t seem to be coming to be staying much in the Auld Grey Toon. Here’s the forecast from the Met Office, the official weather provider for the R&A: 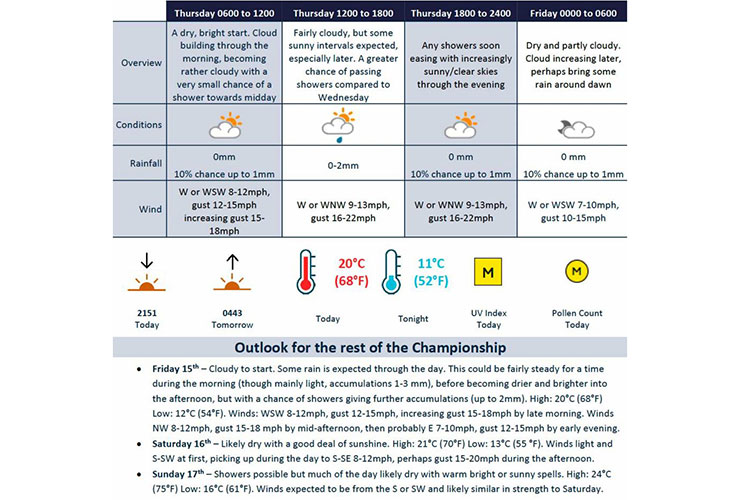 You’ll notice that “dry” is used four times, and at least once every day. The most moisture expected is between 1-3 mm on Friday. And winds aren’t expected to gust more than 22mph for the week.

While expected to be sunny, the temperatures won’t be too hot if you will. Saturday’s high is projected for around 20C, Sunday’s is 22C. Still, that means the Open Championship weekend rounds are likely to be warmer than Saturday and Sunday were at Southern Hills for the PGA Championship. St Andrews, Scotland warmer than Tulsa, Oklahoma, is a bet no one would have made.

That doesn’t mean there isn’t the possibility of a pop-up shower. It is Scotland. One happened on Wednesday in the early afternoon, players and fans so surprised they had to scramble for umbrellas. But by the time they pulled them out, the rain had washed away, the event lasting all of 15 minutes.

Of course, this all is putting a smile on the faces of Tiger Woods (no bad weather to impact his creaky body). And ice-cream vendors.