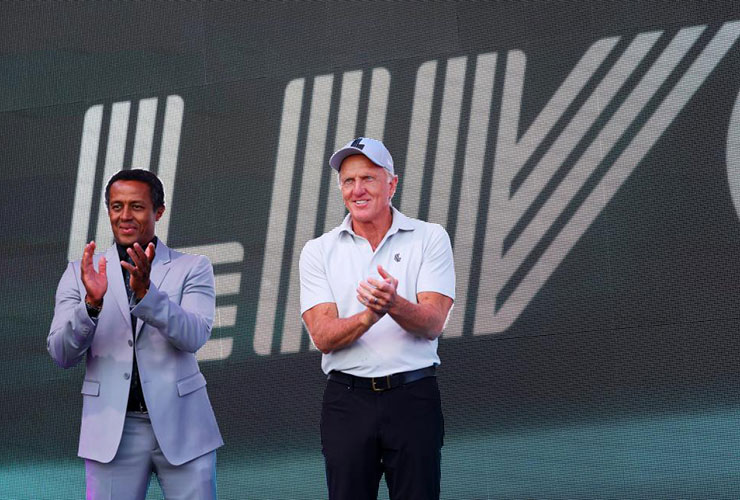 Though LIV players have been banned by the PGA and DP World Tours, they remain eligible, currently, to compete in the major championships. However, should the OWGR not grant LIV Golf accreditation, most of its players would eventually be unable to compete in the sport’s four big events. LIV Golf’s attempt to attain OWGR points is seen as a necessary element in the fledgling league’s viability.

“OWGR points should be granted, and if we get the OWGR points, then everything else takes care of itself,” LIV Golf CEO Greg Norman said in a recent TV interview.

To become eligible for LIV Golf nomination, the Saudi-backed group needed to be backed by a current OWGR league. They earned sponsorship through the Asian Tour, which signed a partnership agreement that will see LIV Golf pump billions of dollars into the Asian Tour over the next decade.

The OWGR board is meeting on Wednesday in St Andrews to begin weighing the issue. The OWGR operates out of the DP World Tour offices in London and is run by a governing board consisting of many of the founding tours and major championships. That means that among the board members are Jay Monahan (PGA Tour), Mike Whan (USGA), Seth Waugh (PGA of America), International Federation of PGA Tours official Keith Waters, Martin Slumbers (R&A), Keith Pelley (DP World Tour) and Buzzy Johnson (Augusta National). It is chaired by Dawson, former chief executive of the R&A.