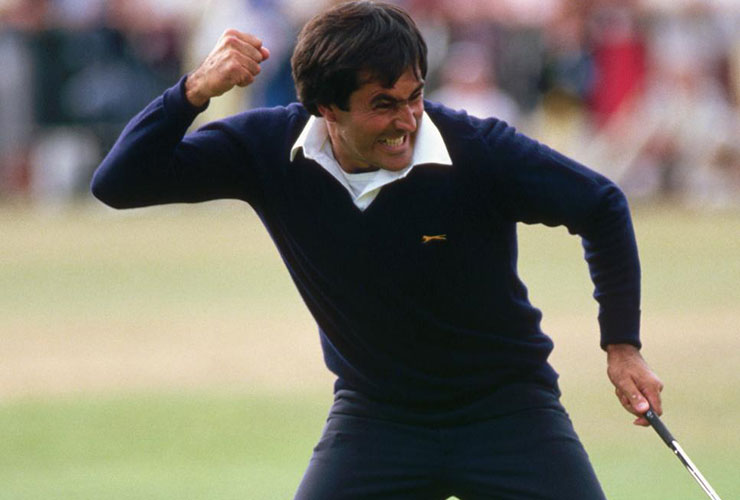 By Shane Ryan
There are a couple things you may not know about the 29 Open Championships played at St Andrews since time immemorial. First, it being only the second course ever to host the Open, it wasn’t until the event’s 13th iteration that it came to St Andrews — the first 12 were all at Prestwick.

Second, despite Tom Morris, both Old and Young, being so closely associated with the town and course — Old Tom was the greenskeeper and pro there for 39 years — neither one of them ever won an Open Championship at the course. Those facts provide a microcosm of everything to come later, in the sense that the history of the Open at St Andrews is both long and glorious, but also a little strange.

With that in mind, let’s look at the 15 best Open Championships played at the Old Course.

There is a piece of fake history here that is so good we wish it was real. The story goes that David Ayton Sr was winning the event, and by a considerable margin, when he took an 11 on the Road Hole to blow it and lose by two shots. Unfortunately, it appears this is not true, as accounts later discovered list him as shooting a 6 and 7 there. Seven is still not great, and probably cost him the tournament, but it’s no 11.

The only reason we mention 1933 is for a small detail about Leo Diegel, who had two putts on 18 to join a playoff with eventual champion Shute and Craig Wood. Diegel left his first putt short, and then … he missed the ball. Yes, he literally whiffed on a putt. How this happened is a total mystery, especially for a guy who was a two-time PGA Championship winner. Later reports cast some doubt on whether he actually whiffed, or how long the putt was (accounts indicate between three feet and a tap-in), but the most common story, and the one we have to believe, is that he somehow failed to make contact with the ball.

This was the second Open ever at St Andrews, and it merits mention here as both the weirdest and funniest. This tournament marks one of the strangest circumstances in major golf history, in that one of the players who qualified for a Monday playoff opted not to play. That’s Davie Strath, and the whole thing came about because, in a situation that seems comical when viewed from the present, St Andrews members were allowed to play the course during the Open Championship. That led to congestion, and on the 14th hole in the second round (there were only two rounds back then), Strath hit a member of the public named Hutton, an upholsterer, in the head, and Hutton fell to the ground. That rattled Strath, leading to back-to-back 6s, and after climbing a wall to play a ball on 17 and hitting a spectator on 18, he finished with a 90, tied for the lead with Bob Martin.
However, it came to pass that Strath likely hit up to the 14th green in frustration before Hutton the upholsterer had finished the hole, and there was an official “objection” that could not be decided on Sunday night, which meant that the playoff would be played “under protest” pending the outcome. This enraged Strath, who flat out refused to play, and Martin won the event just by going out by himself. That was Strath’s third runner-up, and the rest of his life was not happy; he fell ill with consumption in 1878, decided to recover in Australia, and died in Melbourne 20 days after landing, likely only 29 years old.

This was a big one, since for the first time ever the prize for the winner topped £10, with Ferguson winning £12. This week, the winner will take home £2.1 million. Clearly, 1882 is where professional golf began to spiral out of control into the big-money behemoth that it is today.

The weird thing here? Burns was almost the original Roberto DiVicenzo. Whereas DiVicenzo inadvertently signed for a 66 at the 1966 Masters, costing him a spot in the playoff when he had shot a 65, Jack Burns originally signed for an 87 in the first round when he had shot an 86. He won the tournament by a shot, but only because an R&A member noticed that his scorecard for the first day wasn’t adding up. So what did they do? Well, they changed the 87 to an 86, rather than making him take the 87 the way Augusta did to DiVicenzo. It’s almost too sane! Burns followed his 86 with an 85 and captured his only Open Championship. 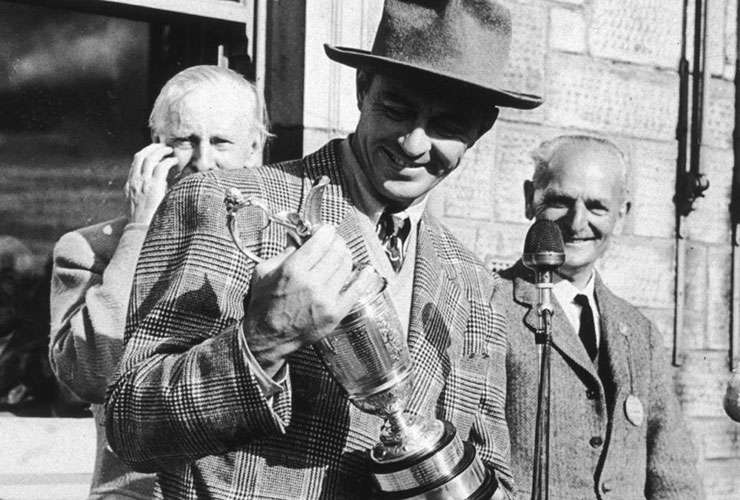 The best detail here is that upon arriving at the course, Snead remarked that “it looks like an old abandoned kinda place,” and the Scottish crowd, as you might imagine, did not particularly like him. Nevertheless, Snead was the best man for the job when the heavy winds hit in the final round, and he out-duelled Johnny Bulla and Bobby Locke to win by four shots as the only player under par. This was his only Open title, and one of just three times he ever played, and it got Snead three-quarters of the way to a career Grand Slam. Unfortunately, despite four second-place finishes, he never won the US Open, making him the Mickelson of his day.

There are always amazing little details in history that show how the importance and status of events has changed over time. Here again, as in 1876, we have some playoff drama around one guy not wanting to play. That person was Roger Wethered, an amateur who tied with Jock Hutchison at 296. The problem? He was scheduled to play for his cricket team on the Monday when the 36-hole playoff was scheduled, and cricket was a priority. Apparently, the powers-that-be had to work very hard to convince him to stay and play. In the end, he was probably annoyed that he did, since Hutchison raced out a three-shot lead on the first nine and widened that lead to insurmountable territory by their second round. Hutchison, though born in Scotland, was a US citizen who was credited as the first American champion of the Open. Wethered went on to win the 1923 Amateur Championship, but never came close in the Open again, though his sister Joyce was a star whose swing was admired by Bobby Jones.

Speaking of Jones, he was back at St Andrews to atone for what he’d done in 1921, when he walked off the course in anger during the third round. He won by six strokes, and this is the start of St Andrews’ reputation for producing truly great champions. He was so beloved after this win that by 1958, he was named a Freeman of the City of St Andrews, becoming only the second American after Benjamin Franklin to receive the honour. (Jack Nicklaus became the third this year.)

First interesting tidbit: Cary Middlecoff was so maddeningly slow to the British players that they actually filed an official complaint with the R&A. Middlecoff’s total time on the course? Three hours, 18 minutes. How times have changed. Second interesting tidbit: Bobby Locke, playing the final hole, forgot to move his ball marker back after moving it out of the line of his playing partner. It was brought to the R&A’s attention, and, showing the same as they had in 1888, they decided no harm had been done, and issued no penalty.

But the really dramatic thing about the incident is that the man who ratted out Locke was none other than Peter Thomson, his supposed friend. Thomson finished second and may have been hoping for a big penalty that gave him the Claret Jug. Friendship over. It’s especially egregious because Thomson had won the last three Opens.

Nagle won by a stroke over a hard-charging Arnold Palmer, but the important thing about this tournament, in terms of the history of golf, was Palmer’s mere presence. The fact that he was there at all made a massive impact in the US, and while only four Americans played in 1960 — a typical number — there were 24 a decade later, and that number continued to grow with time. Palmer was the one who changed that, and even though he didn’t win in 1960 (he would in ’61 and ’62), he set the tone for the modern era. 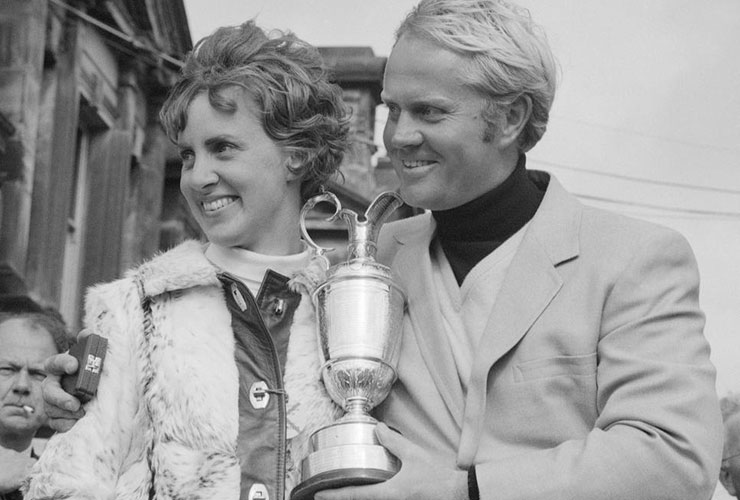 You knew this one was coming. This was Nicklaus’ second of three Open championships, but it will always be known for Doug Sanders’ missed putt on the 18th hole on Saturday’s final round. Clad in a purple sweater, with three feet to win the Open, Sanders stalked it like a man on a mission. But when he struck the ball, it slid past on the right, and he almost seemed to reach out for it, wanting to take it back and try again. This video should probably come with a content warning:
Nicklaus’ quote after his first victory must have been a real rub-salt-in-the-wounds moment for Sanders: “How lucky can you get? I never expected to be here now. Doug had it all wrapped up on the final hole Saturday. Then he missed that short putt.”
Nicklaus would win again at St. Andrews in 1978, but the best Sanders would ever do in majors was runner-up … four times.

On the 18th hole, Ballesteros didn’t know that Tom Watson was struggling on the 17th, eventually making bogey to open the door for him to win. His short pitch over the Valley of Sin gave him a seven-footer for birdie. Watson lost the lead on 17, and Ballesteros hit the tricky right-to-left putt for birdie, and gave one of the most famous fist-pumps ever:

Watson was now down two strokes, essentially ending the tournament. At 12-under, Ballesteros set an Open record at the Old Course. And it remains a little stunning that for all the great Open champions at St Andrews, Watson never joined the club. This was his best chance. 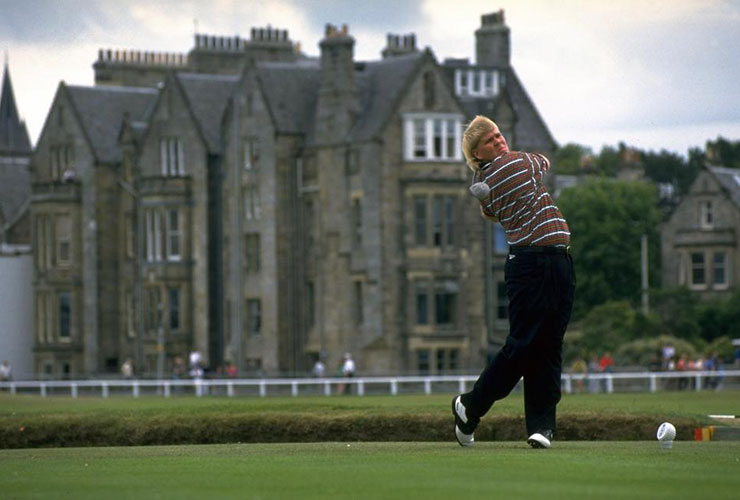 Daly emerged in a four-hole playoff against Constantino Rocca, but for anyone watching this tournament will be remembered for Rocca’s improbably tying putt on the 18th after duffing his pitch, while Daly watched in agony.
It’s hard to tell now what’s more miraculous: Rocca’s putt, or the fact that Daly could somehow recover psychologically in the space of mere minutes to go out and win anyway.

Let’s group these together because they are essentially the same. Neither one was close, but both mattered and were fascinating to watch for the same reason: It was Tiger Woods showing the world, yet again, the dizzying levels of his absurd greatness.