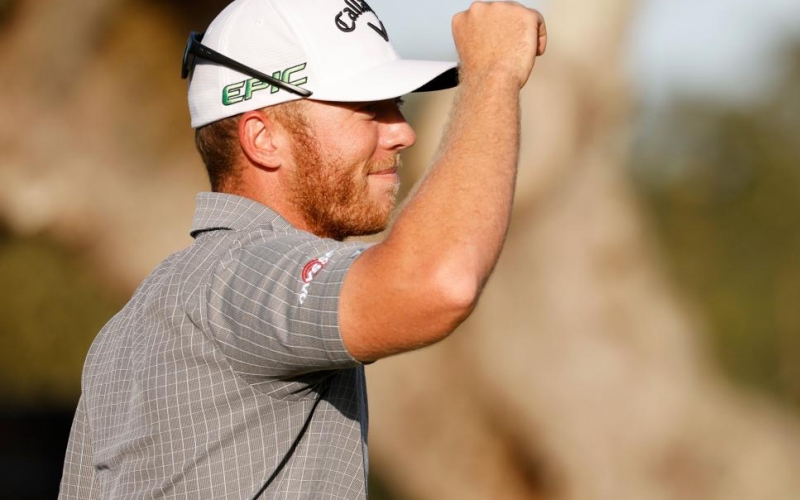 By Matt Smith
There has been a lot of negative talk surrounding LIV Golf players taking part in thew 150th Open Championship at St Andrews this week — Greg Norman was disinvited from the Champions Dinner, players such as Phil Mickelson, Bryson DeChambeau and Brooks Koepka were left out of the marquee groups, and Ian Poulter was even booed as he stood on the first tee.

But a couple of those 24 players who have committed to the LIV Golf Invitational Series — a tour that the PGA Tour and DP World Tour staunchly oppose and have banned any of their players who have competed in the two LIV events so far — have revealed that rather than hinder them, the negative vibes have pulled them closer together.

Abraham Ancer insisted there was “a really cool camaraderie between us” after completing his second round, and Talor Gooch added: “Everybody, it feels like, is against us, and that’s OK. It’s kind of banded us together, I think.”

Dustin Johnson, the former world No. 1 who is also now a LIV golfer, insists he does not listen to the negative news, choosing to ignore it all instead. “I don’t really know what you’re talking about,” DJ said when asked about recent comments against the LIV Golf series. “I don’t read anything. So I wouldn’t know what you were saying or if there was anything negative being said. It doesn’t bother me because obviously, everyone has their own opinion and I have mine, and the only one I care about is mine.”

It seems to be a common practice among the LIV players. Poulter added: “I don’t want to know. You can tell me, I’m not going to listen. I’m here to play golf,” while Sergio García chimed in with: “I don’t know how to read any more.”

With DJ and others near the top of the leaderboard, it would certainly make fascinating viewing if the Claret Jug were to be handed over to one of these LIV-ers on Sunday evening.

You may also like:
Final-round tee times for The Open
Watch: Back-to-back Lowry eagles
What next for Tiger Woods?
The Open: Day 2 Championship takeaways
WATCH: Poulter’s record putt on the Old Course
WATCH: Haotong Li hits the wall at The Open
Day 1 takeaways at The Open
Tough start for Tiger at St Andrews
Second-round tee times for The Open
How Rory squeezed everything out of his Open first round
Cameron Young torches the Old Course
Alex Noren must be kicking himself after missing Open
Asian Tour offers LIV Golfers ranking points opportunity
Justin Rose withdraws from Open at last minute
Weather at St Andrews is way too nice for those who like carnage
Why a St Andrews Open just hits different
15 St Andrews landmarks you need to know
R&A fires warning to LIV Golf players
Lee Trevino outshines Tiger and Rory
Tiger’s tweak ahead of the Open Championship
Jack Nicklaus honoured in St Andrews
The 15 best battles for the Claret Jug at St Andrews
Tiger hits JT where it hurts
LIV Golf to discover OWGR fate
PGA Tour under investigation over LIV Golf
Spieth shoots down LIV Golf rumours
The top 100 players at St Andrews rated
A poignant return to St Andrews
Record prize money at 150th Open Championship