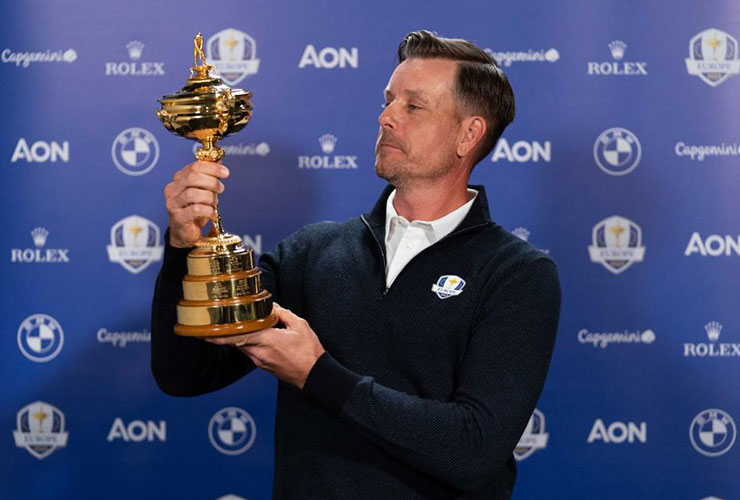 By Matt Smith
Former Open champion Henrik Stenson is expected to be announced as the latest big-name player to join the LIV Golf Invitational Series — a move that would lead to him being stripped of the Ryder Cup captaincy.

The 2016 Champion Golfer of the Year, was set to lead Team Europe against the Americans in Italy next September, but if — as has been widely reported — he is imminently about to sign on for the money-spinning Saudi-backed series, he would be ineligible to skipper the Europeans for the biennial team event in Rome.

After missing the cut at St Andrews during the 150th Open Championship last week, Sweden’s Stenson, 46, said his schedule for the remainder of the year was “undecided”.

On Sunday, the 2022 Open champ Cameron Smith refused to be drawn on rumours linking him with LIV Golf. “I just won the British Open, and you’re asking about that. I think that’s pretty not that good,” the Australian said when asked about the LIV links in his post-tournament media conference.

“I don’t know, mate. My team around me worries about all that stuff,” he added. I’m here to win golf tournaments.”

Players who have signed up for the LIV series are suspended indefinitely by the PGA Tour, and the DP World Tour has dished put £100,000 fines — along with a suspended ban from competitions as a legal battle goes through the courts — meaning LIV Golf players may struggle to get into events that offer ranking points.

The Asian Tour, which has received a healthy cash injection from the Saudi Public Investment Fund, which also funds LIV Golf, has offered spots in their ranking events for LIV players.

“There’s talk about guys sort of playing a couple [of Asian Tour events],” said Paul Casey, who is set to play in the third of the LIV events at Trump National Golf Club Bedminster from July 29-31. “I don’t even know the schedule. I’m sorry, whether they go play something before Bangkok to get ready, or the break in August.

“I think the discussion was if guys turn up en masse, then it lifts the world ranking points. So if they’re going to go play an Asian Tour, they all go together.”