LIV Golf: Bryson DeChambeau back to ‘97-98 per cent full fitness’ ahead of Bedminster event 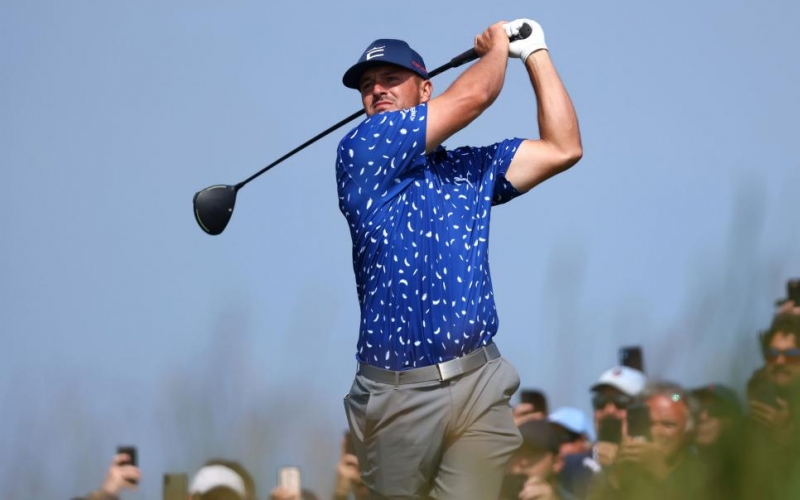 By Matt Smith
LIV Golf’s biggest hitter, Bryson DeChambeau, showed he was nearing his best once more at St Andrews at the weekend as he finished inside the top 10 at the 150th Open Championship after a lengthy break through injury.

The American admits he is not quite fully fit following surgery on his hand three months ago to repair a fractured hamate bone in his left wrist joint. But he’s not far off.

The 28-year-old, who made his LIV Golf debut in Portland as captain of Crushers GC at the start of July, said he is “probably 97 to 98 per cent now” ahead of the series’ third event at Trump National Golf Club Bedminster in New Jersey from July 29-31.

“There’s every once in a while where my hand gets tired, fatigued still,” DeChambeau told LIVGolf.com.

Despite this slight hindrance, he tied for eighth spot on the Old Course, shooting a final-round 66 on Sunday that included birdies on the finishing three holes. It was his first top 10 in five Open starts and his third top 10 in any major (including his 2020 US Open win). This follows his 10th-place finish at Portland and he plans to take a break from competitive play after Bedminster for conditioning before resuming in Boston at the start of September.

“I’m going to start speed training here again … in the month of August when I don’t have any tournaments going on for me,” DeChambeau said.

“I’ve got to train my hand a lot more efficiently. I didn’t take care of that one bit when I was first off-speed training. It was all core and everything, and that was luckily pretty solid. Never had an issue with anything in my core.

“I just didn’t train my hand properly. That’s what I’ll be focused on, mainly working on as I start going.”

In February, DeChambeau slipped on a marble floor and fell while playing table tennis, injuring both his left wrist and left hip. Unable to grip a club, he took six weeks off. He then played three consecutive weeks.

After missing the cut at the Masters – playing against the recommendation of his doctor — he underwent surgery.

“The bone’s out, the part that was compression fracture is gone, shaping down,” he explained about the operation. “It’s now just a spheroid, I guess, rather than having a little hook out there and a little fin. So it’s gone, and hopefully I can start ramping up the speeds again and get myself even more consistent.”

Last year, DeChambeau’s average ball speed was 191mph, although he could reach speeds in excess of 210mph. In an Instagram post in December, he confirmed reaching a speed of 221.5mph.

He said he can reach 200mph now but dialed it back to 190mph at St Andrews. “It’s so firm and fast, you can’t just let it go and have it land soft,” he said, admitting he could have had a shout at wining the Open had his putting not et him down.

“If I would have putted better, I’d have given myself a better chance,” he said. “I think I three-putted like six or seven times. I had a four-putt. That adds up right then and there.

“It was all about lag putting. I knew it. I couldn’t get the ball rolling the way I wanted to. That comes back to not having enough reps over here, I guess. From short-game perspective, I have been working hard on it. I feel like my wedge game is in a really good place. And my ball striking is finally getting to get there.”