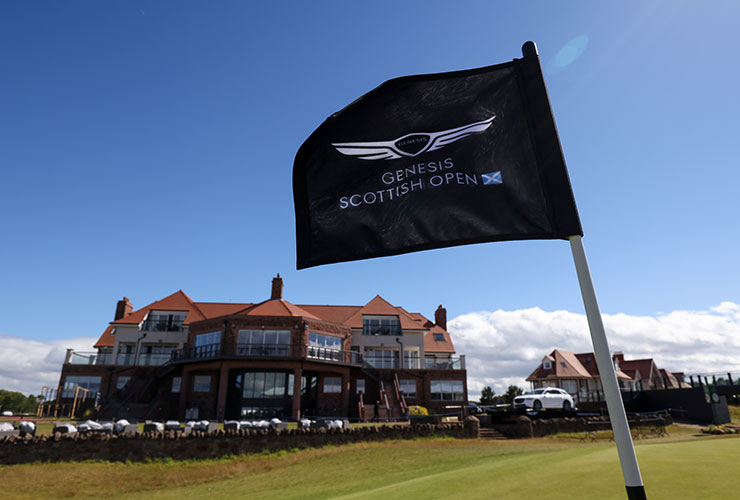 By Matt Smith
Following the recent success at the traditional Open Championship warm-up event, the Genesis Scottish Open will continue to be hosted at The Renaissance Club in East Lothian until 2026, with the PGA Tour/DP World Tour co-sanctioned Rolex Series competition returning for a fifth consecutive year from July 13-16, 2023.

Founded in 2008, The Renaissance Club sits on 300 acres along the Firth of Forth and is one of the newest additions to the world-famous stretch known as Scotland’s Golf Coast.

Keith Pelley, DP World Tour Chief Executive, said: “The Renaissance Club has proved to be a wonderful home for Scotland’s national open over the past four years, and we are delighted to extend our stay in East Lothian through to 2026.”

Jerry Sarvadi, CEO, The Renaissance Club, aded: “The Renaissance Club is extremely pleased to confirm our partnership with Genesis, the DP World Tour and the PGA Tour, to host the Genesis Scottish Open for the next four years. As we continue these relationships, The Renaissance Club, along with our architect, Tom Doak and our player consultant Padraig Harrington, will strive to improve our golf course and our facilities to better the event experience for all participants, our members and their guests and general public spectators.

“The 2022 event was truly spectacular, with 14 of the top 15 in the world rankings participating and world No. 6 Xander Schauffele winning with a score of seven-under par.”