DP World Tour: Richie Ramsay keeps promise to daughter and is top of the Hillside at Cazoo Classic 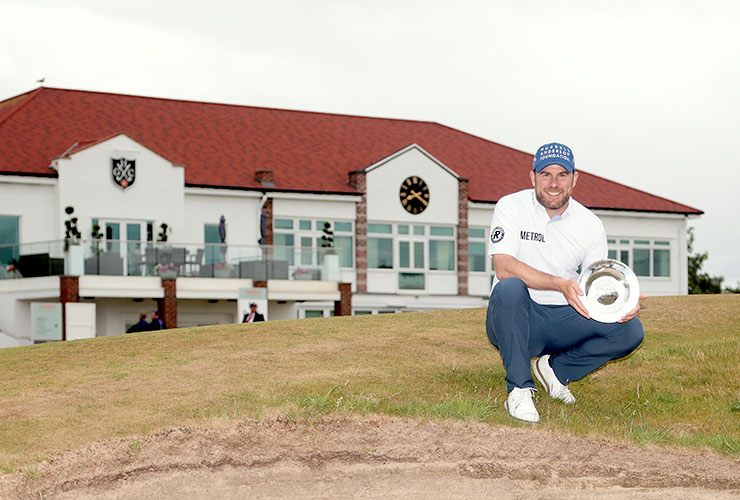 The Scotsman holed a tricky par putt at the 18th to take the crown. Overnight leader Julien Guerrier had been the man to catch for most of the day but birdies at the 14th, 15th and 17th saw Ramsay head to the last with a one-shot lead.

The 39-year-old missed the fairway off the 18th tee but managed to give himself an eight-foot par putt, which he duly holed to sign for a closing 69, finish the tournament on 14-under par and return to the DP World Tour winner’s circle for the first time since his Trophée Hassan II victory in March 2015.

The win will help Ramsay banish the memory of his near-miss at the British Masters in May, where a closing double-bogey ended his chances of victory at The Belfry.

Local favourite Waring finished alone in second on 13-under thanks to his Sunday 70, with Guerrier in a five-way tie for third another shot back alongside Marcus Kinhult, Robin Petersson, Daan Huizing and Grant Forrest.

“The biggest thing for me was I made a promise to my daughter, and I don’t break promises to her,” Ramsay said. “I said I would get her a trophy and this one’s for her. It just feels unbelievable. I’ve had some bad times over the last couple of years but I kept believing, I knew my game was good.

“I know about what happened at The Belfry. But it’s links golf and I feel like I’ve always got an advantage when I play links golf.

“There’s nothing better than holing a putt under the gun — when it matters, when the tournament is on the line. For me, winning is everything, it’s what matters in the sport. I felt the nerves coming down the stretch, played great, and just to play well under the gun. Obviously, I got a bit emotional there at the end, but I haven’t won since my daughter was born and that’s six years.

“That one’s for Olivia. Hopefully she’s watching. [My wife] Angela’s been brilliant. She’s never given up on me, sent me a message this morning telling me that she was really proud of me in whatever I accomplish. It’s just great to get over the line. What a feeling as well, the way I did it, to hole that putt on the last. It’s just hours and hours of practice and it comes down to one shot and I managed to do it. It doesn’t matter what happens now, I’ll remember that for the rest of my life.”