LIV Golf’s application for World Ranking points is in. But the hurdles to earn approval remain numerous 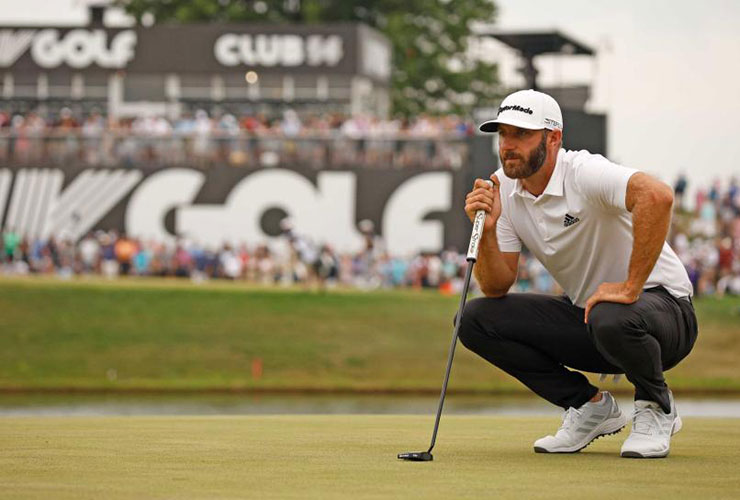 By Dave Shedloski
The LIV Golf Invitational Series undeniably has been building a head of steam, incorporating new players (many with major-championship credentials), generating publicity and, seemingly, gaining traction in its bid for legitimacy.

But as gold rains down on the select few who populate the LIV Golf roster, a cloud of uncertainty continues to hover over the enterprise run by Greg Norman.

Without being able to offer Official World Golf Ranking points, the LIV Golf Series will remain a relative outlier on the global golf stage, one that can provide its players a future of financial wealth in exchange for, at first glance, what would appear to be dwindling opportunities in the game’s major events.

Not surprisingly, then, the circuit sent an application on July 6 for accreditation to the OWGR board, submitted via sponsorship from the Asian Tour. Peter Dawson, OWGR chairman, acknowledged receiving it after the board met during the Open Championship at St Andrews, stating “an examination of the application will commence”.

However, it would appear in its current form, LIV Golf doesn’t possess the necessary organisational components to be approved. Golf Digest has obtained information that identifies various parameters that need to be met for approval, several of which LIV Golf seems to fall short on if its application to the OWGR reflects its current rules and governance.

The following compulsory elements would appear to be lacking:
1. An embrace of inclusion and promoting non-discriminatory practices.
2. Competitions contested over 72 holes, except for developmental tours (like the Abema TV Tour, the Alps Golf Tour, or the EuroPro Tour, among others), which are permitted to be 54-hole events.
3. An open annual qualifying school held before the start of each season.
4. A field size on average of 75 players over the course of a season.
5. A 36-hole cut, whether playing 54 or 72 holes.
6. A clear opportunity to progress to a full member tour, that is, to one of the six members of the International Federation of PGA Tours.
7. Reasonable access for local and regional players (i.e. Monday qualifiers) at each of its tournaments.

Additionally, LIV Golf does not meet the requirement of a 10-event minimum schedule, though it should next year with its plan for 14 tournaments. This bit of short-sightedness at its outset is significant because a prospective tour must adhere to the OWGR guidelines for at least one year immediately prior to inclusion. So even if it somehow were to be fast-tracked for approval, OWGR guidelines suggest the earliest date that points could be distributed wouldn’t begin until 2024.

Routinely, the process for OWGR approval can take upwards of one to two years. The application is first reviewed by the 10-person OWGR technical committee, which would work with the applicant to resolve points of contention. Then consideration is taken up by the seven-member governing board that is comprised of representatives from the four major championships, the PGA Tour, the DP World Tour and a representative of the Federation Tours (Asian Tour, Australasian Tour, Japan Golf Tour, Sunshine Tour). Norman has spoken out suggesting that representatives from the PGA Tour, DP World Tour and other organisations represented on the board that have voiced reservations about LIV Golf should recuse themselves from voting.

LIV Golf does meet — or will meet — some of the requirements, including playing by the Rules of Golf, offering an average minimum purse of $30,000 (yeah, it’s got that covered), having a players’ committee as well as tournament eligibility criteria, and fulfilling various administrative necessities such as timely reporting of accurate player data.

LIV Golf officials could well respond to its list of shortcomings by citing a few exceptions that exist in the PGA Tour schedule. The PGA Tour stages five no-cut tournaments, two of which — the Sentry Tournament of Champions and the Tour Championship — fall far short of 75 players. But the tour has 37 full-field tournaments with a cut, and those tournaments feed into the no-cut events.

Then there’s the 20-player Hero World Challenge, hosted by Tiger Woods, which also awards OWGR points, but didn’t do so until it changed its field eligibility system.

LIV Golf players have discussed the possibility they might seek to supplement their World Ranking points by playing Asian Tour events, but the idea has considerably less merit now that a reconfiguration of the OWGR points distribution metric kicks in starting with next week’s FedEx St Jude Championship.

The new system, which has been several years in the making, no longer will award the minimum first-place points to tournaments with weak fields. Each event stands on its own. Thus, the Asian Tour’s minimum of 14 points for the winner disappears, and its events won’t be as lucrative on the OWGR scale. The addition of LIV players who are moving down the rankings during a drawn-out application process won’t improve field strength appreciably.

Should LIV Golf make the necessary alterations, what would follow is a probation period of at least three years, according to OWGR procedures. And in that time, LIV Golf could not revert to its original scheme once accepted or it would lose OWGR accreditation.

The bottom line is that LIV Golf will have to change its organisational model significantly if it hopes to get the good housekeeping seal of approval of OWGR inclusion.