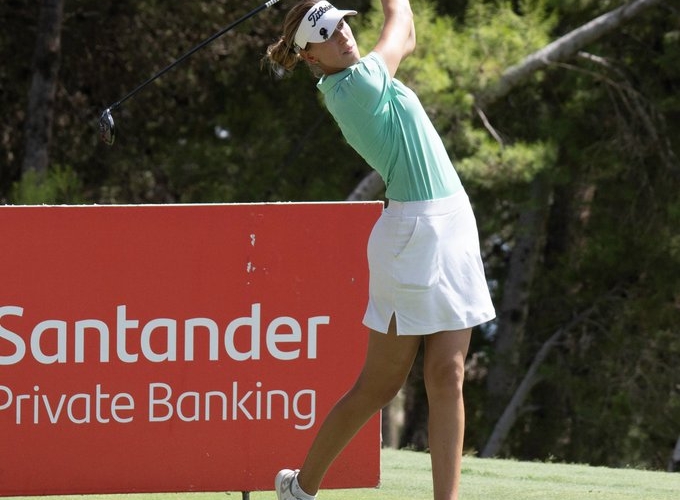 By Matt Smith
Dubai-based Chiara Noja is taking some well-earned time off. After her 11th-placed finish in the €40,000 Santander Golf Tour Malaga in Spain on the Ladies European Tour Access Series extended her lead in the 2022 LETAS Order of Merit and Rookie of the Year standings, the 16-year-old German is going to have a time out after several competitive weeks on tour.

A visibly tired Noja signed for a level-par 72 and a three-over finish over the three rounds in Malaga, and admitted she has “hit a wall”.

11th this week @LETAccess @Golftorrequebra Thanks to @SantanderGolf and everyone else who made this event possible! After an 8 weeks stretch without practicing nor rest I will now have a week off and find my best self again👏 pic.twitter.com/l44vOilWsM

The Czech Republic’s Sara Kouskova won the tournament in Spain on five-under, while Noja stretched her advantage in the season-long Order of Merit.