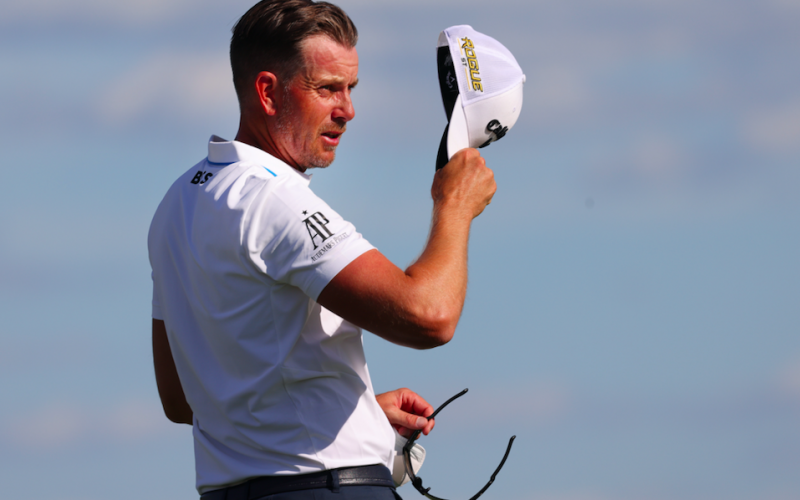 By Matt Smith
Sweden’s Henrik Stenson is certainly enjoying live at LIV Golf, following the furore that saw him stripped of the Ryder Cup captaincy days before his LIV Golf debut at Bedminster.

Amid a sea of red shirts and ‘MAGA’ hats at the Donald Trump course in New Jersey, Stenson did his best to steal the limelight from the former US President and host for the week.

“That is the best I have played all year,” the 46-year-old said and he followed up his opening 64 with a Saturday 69 and take a three-stroke lead into Sunday’s final round, ahead of Dustin Johnson. The American is one ahead of 4 Aces teammates Patrick Reed and Talor Gooch, who are on five-under along with Fireballs Carlos Ortiz.

But it was the majestic Majesticks man who was the talk of the town.

“It’s certainly been a busy and emotional week, no question,” Stenson said. “I’m pleased with the way I’ve kept my head down and focused on business.”

On the team side of things, DJ and co lead the way on 20-under, with Stenson, Ian Poulter, Lee Westwood and Sam Horsfield six back on 14-under for the Majesticks.

The Spanish Fireballs, led by Sergio Garciam are a distant third on seven-under.