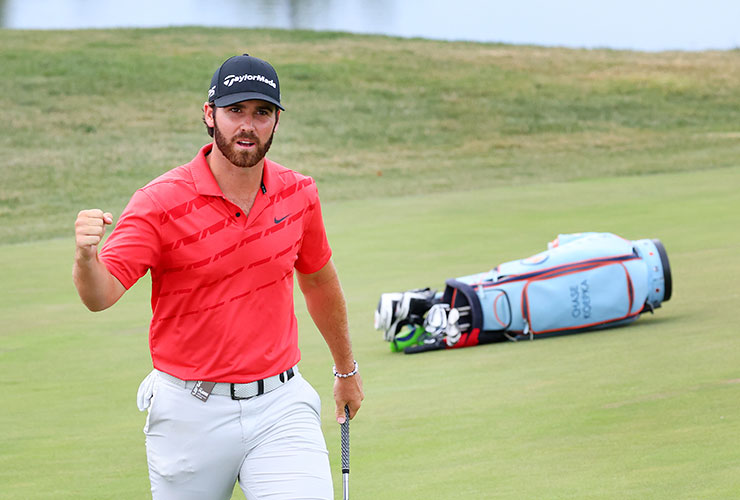 By Matt Smith
While Henrik Stenson was surging to a LIV Golf debut title at Trump National Bedminster in New Jersey, there were plenty of other talking points out on the course. Here is a little run-through:

Wolff in the swing

Matthew Wolff started the day seven strokes off the pace but was the only player who mounted a significant charge in the final round. His bogey-free seven-under 64 left him at nine-under, two strokes behind winner Stenson.
Thanks to the tiebreaker rule, Wolff was awarded second place on the podium ahead of Dustin Johnson.
Wolff, who made his LIV Golf debut in Portland and plays for Phil Mickelson’s Hy Flyers team, credited a recent swing tweak as the difference-maker. He said it involved leaving his hands at the top a little longer so that he doesn’t get too quick and hit it left.
“Kind of got a swing thought earlier this week that I was feeling really good with, so just kind of stuck with it,” Wolff said on Sunday. “Feel like I hit it good all week, even the first two days. Just putts didn’t drop, and I got a couple of bad breaks. Today, it came together.”
Thanks to Wolff’s play, Hy Flyers were able to make a push in the team standings. They fell just short of the podium, behind Dustin Johnson’s 4 Aces, Stenson’s Majesticks and Sergio Garcia’s Fireballs.

Westwood rolls back the years

Majesticks skipper Lee Westwood was excellent all weekend from tee-to-green at Bedminster, as he led the field in fairways hit (88 per ent) and greens in regulation (78 per cent).
So impressive was his play that one of his playing partners, Cleeks captain Martin Kaymer — who had been in the same group as Westwood for two of the three rounds — turned to the veteran Englishman on Sunday and said, “That was a joy to watch.”
Westwood responded. “That was nice of him to say. So yeah, I’m playing well. Look forward to the rest of the year.”
Westwood finished at four-under and a tie for sixth. While pleased with his ball-striking, he knows one part of his game prevented him from getting in the mix Sunday.
“I could not buy a putt,” Westwood said with a wry smile. 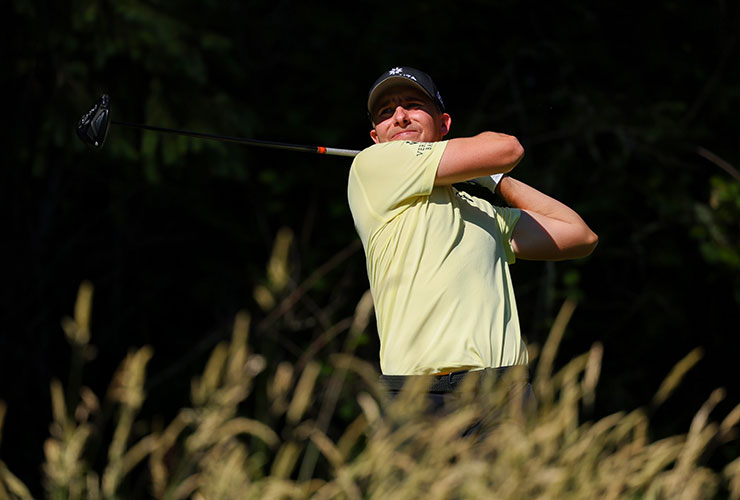 Carlos Ortiz made his LIV Golf debut in Portland and finished second. At Bedminster, he finished solo fourth. And in both events, his Fireballs team finished third.
Suffice to say it’s been a productive couple of starts for the Mexico native, who provided the dramatic clinching putt for Fireballs on the final hole in Portland.
“I’ve never had this much fun in a golf tournament,” Ortiz said after his three-under 68 on Sunday. “It’s unbelievable.”
Too far behind Stenson to push for the individual trophy, Ortiz knew he needed to stay sharp since Fireballs were trying to hold off a late charge from Hy Flyers in the team event.
“I had no chance with the way Henrik was playing but I knew it was close for third place,” Ortiz said. “That really pushed me.”

Henrik Stenson: “I think there might have been a little bit of extra motivation in there this week. When we as players have that, I think we can bring out the good stuff. Yeah, I certainly did that this week. I guess that’s been a bit of a theme over the course of my career, I think, when I really want something I manage to dig a little bit deeper, and a lot of times we manage to make it happen.
Lee Westwood (on Stenson): “Not a bad way to start your LIV Golf career, is it? Think he’s been playing quite well recently but not getting the results. It was a good time for him to play well again.”