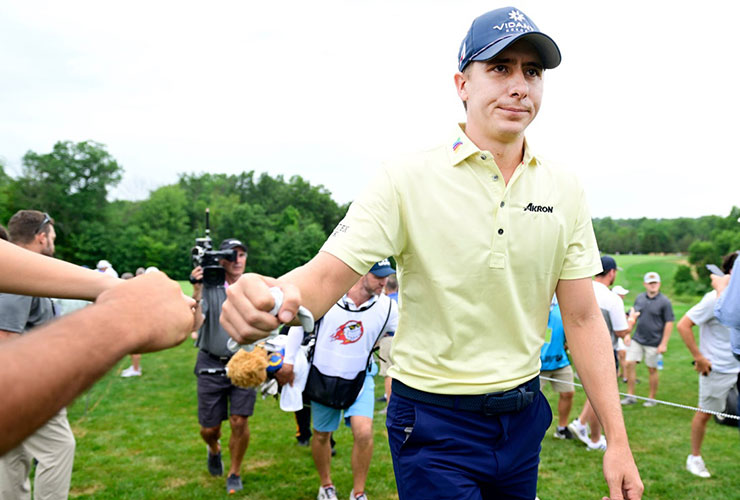 By Ryan Herrington
The LIV Golf 11 that filed an antitrust lawsuit against the PGA Tour on August 3 is now the LIV 10. According to multiple reports, Carlos Ortiz has withdrawn himself from the litigation.

“Carlos does not want to be involved in any legal battles,” Carlos Rodriguez, Ortiz’s manager, told the Associated Press via text. “He is thankful for the opportunity he had to play on the PGA Tour and Korn Ferry Tour the last few years.”

Ortiz joined LIV ahead of its second event at Pumpkin Ridge outside Portland, Oregon, and was subsequently suspended after playing in the tournament. Ortiz also played in the LIV event at Trump Bedminster two weeks ago. In his two LIV starts, Ortiz has made $3.175 million. During the 2020-21 season on the PGA Tour, he made $2,682,104 in 28 starts.

The remaining players involved in the suit, all suspended by the PGA Tour after their participation in LIV Golf events, include Phil Mickelson, Bryson DeChambeau, Ian Poulter, Abraham Ancer, Pat Perez, Jason Kokrak and Peter Uihlein. The other three players in the lawsuit — Talor Gooch, Hudson Swafford and Matt Jones — on Tuesday failed in their attempt to receive a temporary restraining order that would allow them to play the FedEx Cup Playoffs, which begin on Thursday at the FedEx St Jude Championship in Memphis.