LIV Golf: Cameron Smith has ‘no comment’ on report that he is moving from PGA 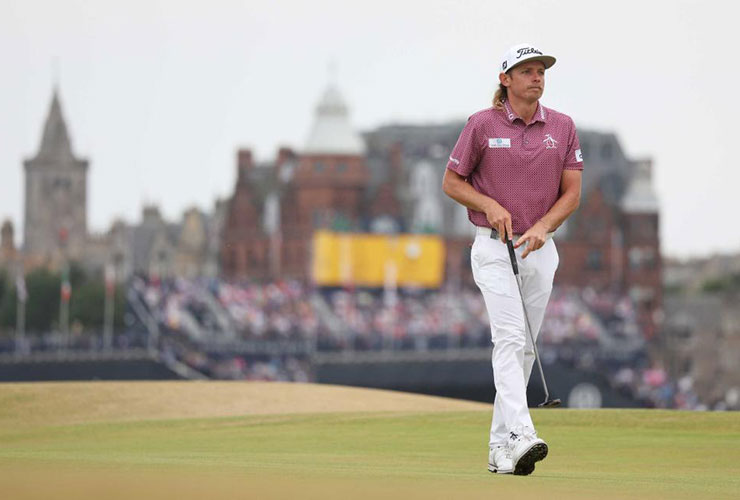 By Shane Ryan
For most of Tuesday, the emails from the PGA Tour communications team said the same thing: Cameron Smith, No. 2 golfer in the world, would be speaking to the assembled media at the FedEx St Jude Championship at 5.15pm CT ahead of the first leg of the FedEx Cup Playoffs. The events of the day made that outcome seem increasingly unlikely, but the tune didn’t change: Smith was coming.

Earlier in the afternoon, The Telegraph reported that Smith had come to terms with LIV Golf following months of negotiations, and that the final total he’d be paid to jump to the new circuit was $100 million — a number that perhaps grew after his win at the Open Championship.

Smith’s intent was to compete in the playoffs before joining LIV, The Telegraph reported, but he would forfeit his right to join the International Presidents Cup team by playing in the next LIV event outside of Boston in early September. The report followed on the heels of another curious development, when Australian pro Cameron Percy told hosts on an Australian radio program that both Smith and another countryman, Marc Leishman, were heading to LIV.

“Unfortunate, yeah, they’re gone,” he said, sparking a media furore and eliciting a phone call from Andy Pazder, PGA Tour chief tournaments and competitions officer. Later, speaking to Australian Golf Digest, Percy said, “Look, I was just conveying what was said in the locker room during the many rain delays we’ve had on tour the past few weeks.”

Speculation about Smith’s future has swirled for a while, his answer to the critical question after he won the Open Championship reading as a potential signal that he was on the way out. Weeks passed, no action was taken, and Smith arrived in Memphis for the first playoff event, fully intending to play through to the Tour Championship and attempt to win the $18 million first prize. He had a good chance, too; his dual victories at the Players Championship and the Open positioned him in second place in the FedEx Cup points standings at the end of the regular season, trailing only Scottie Scheffler.

Somewhat surprisingly, at 5pm on Tuesday — just as a weather horn sounded on the property at TPC Southwind and the fans were evacuated from the premises — Smith entered the media centre and the press conference began. After one question about golf, he was asked about a possible departure to LIV.

“My goal here is to win the FedEx Cup Playoffs,” he said. “That’s all I’m here for. If there’s something I need to say regarding the PGA Tour or LIV, it will come from Cameron Smith, not Cameron Percy. I’m a man of my word and whenever you guys need to know anything, it’ll be said by me.”

A follow-up about The Telegraph report elicited another non-answer.

As to the Presidents Cup, scheduled for September 22-25 at Quail Hollow Club in Charlotte, he still professed excitement at the prospect of playing.

Of course, his chances of playing in the Presidents Cup are slim to none if he plays in the LIV Boston event three weeks earlier, but when asked a final question specifically about that LIV tournament, he shook his head at the reporter and basically repeated his previous statement.

To date, PGA Tour policy has been that a player is not suspended until he plays in a LIV Golf event. Smith could earn millions of dollars in the playoffs, and then move on to LIV afterward.