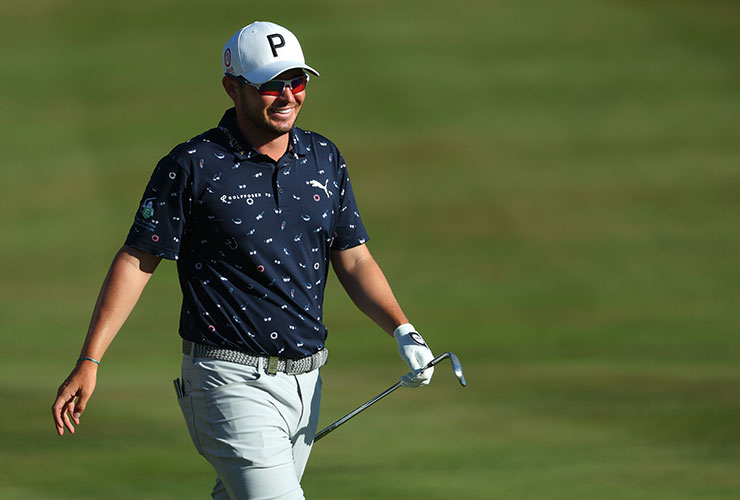 By Matt Smith
Scotland’s Ewen Ferguson set up home from home across the Irish Sea as he carded a course-record nine-under 61 at Galgorm Castle Golf Club to storm into the lead after the first round of the ISPS Handa World Invitational presented by AVIV Clinics.

The Qatar Masters champion is in fine form once again after also setting a course record at the Hero Open at Fairmont St Andrews a fortnight ago, carded five birdies and two eagles as he moved four strokes clear in Northern Ireland.

The 26-year-old held a healthy two-stroke lead as he stood on the 18th tee after holing out from a bunker on the par five 10th and making two further gains on the 13th and 14th holes, adding to his three under par front nine. He hit his second shot on the 18th just short of the green and then chipped in from 14 yards for his second eagle of the day, moving to nine-under.

He sits clear of Spain’s Borja Virto, Felix Palson of Sweden and Englishman Richard Bland, who each carded five-under 65s at Massereene, the second host venue of the innovative event. Eleven players share fourth place on four-under, including Filippo Celli, who won the Silver Medal at The 150th Open at St Andrews after finishing as low amateur, and Thomas Aiken, who is making his first start since the South African Open last December. 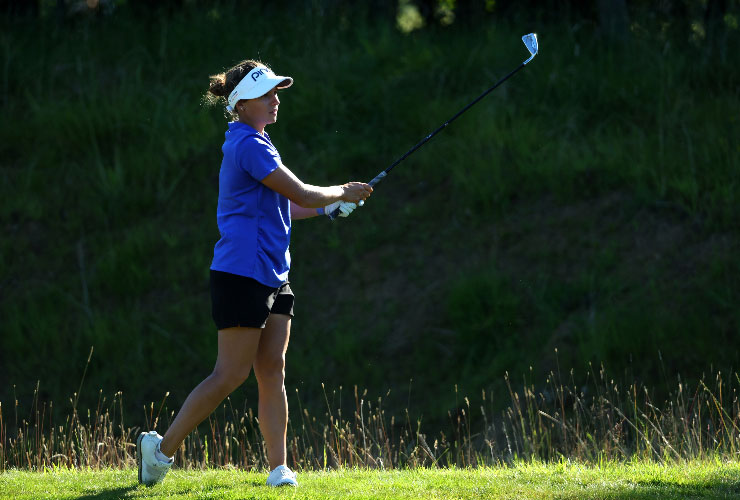 The ISPS Handa is tri-sanctioned by the DP World Tour, Ladies European Tour and LPGA Tour, with men’s and women’s tournaments played on the same courses at the same time for two equal prize funds of US$1.5million. Competitors play one round at Galgorm Castle and Massereene Golf Clubs on Thursday and Friday, with the final two rounds of action taking place at Galgorm.

In the women’s competition, American Amanda Doherty carded a six-under 67 at Galgorm Castle to take a one stroke lead into the second round. She sits ahead of compatriot Lauren Coughlin and Solheim Cup players Georgia Hall, Leona Maguire and Emily Kristine Pedersen who share second on five-under.

“I played the pro-am with Niall (Horan) and Robbie Keane yesterday and I kept hitting a lot of bunkers,” said Ferguson. “They were saying, you love the bunkers. See you tomorrow. Just try and stay out of them. Today was just nice to avoid them, which was good. Obviously a 61, so course record is pretty nice.

“It is hard to follow a low round, because I had that kind of situation a couple weeks ago on St Andrews when I shot 11-under and the next day the feel was quite different. I was thinking: ‘Jeez, I was seven-under at this point yesterday and I’m one-under or level. So it is hard, but at the end of the day your golf ball doesn’t know what score you’re on, so just keep that in mind and try and just keep doing what I’m doing.”

Doherty equalled her career-best round on the LPGA Tour of 67 to lead by one.

“I was really just trying to stay in the moment today, and I feel like I was just kind of in that mindset starting the day,” said the LPGA Tour rookie. “I stayed patient. I know it’s kind of cliche, but it works. I was hitting the ball well. I made a couple good putts and there were some reachable par-fives, so it just kind of came together.

“I thought it was awesome out there. This is like perfect weather for me, and the course is in great shape. You don’t often get to play two courses, so it’s definitely interesting. A totally new game plan tomorrow. I’m just trying to stick to the same thing and stay patient and hopefully have a good round.”