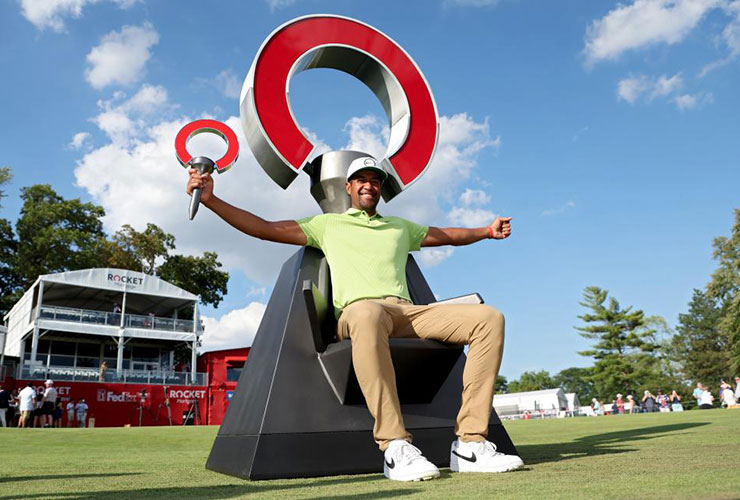 By Alex Myers
With two wins in a seven-day span, Tony Finau racked up nearly $3 million in prize money. It’s not quite winning the Lottery jackpot these days, but it’ll do. Especially considering that’s just a fraction of Finau’s career earnings.

In fact, Finau passed an impressive PGA Tour earnings milestone thanks to his wins at the 3M Open and Rocket Mortgage Classic. Those first-place checks moved him over $30 million for his career.

After earning $1.512 million in Detroit, Finau is up to $30,927,102, which puts him No. 41 on the all-time list. Finau lept over Xander Schauffele (for now), Stuart Appleby, Geoff Ogilvy, Hunter Mahan, and Bill Haas with Sunday’s victory.

That figure, however, doesn’t include FedEx Cup bonuses. So Finau still trails Haas, who won the $10 million bonus back in 2011.

Finau earned his first PGA Tour cheque ($7,960 for a T-70) at the 2007 US Bank Championship in Milwaukee shortly after turning pro at 17. But he didn’t cash another PGA Tour cheque until becoming a full-time tour member for the 2014-2015 season.

With more than $5.5 million in earnings during the 2021-2022 campaign, this marks the third season Finau has gone over $5 million. But considering his red-hot form and the big-money playoff events coming up, he’s got his eyes on a much (much) higher number.