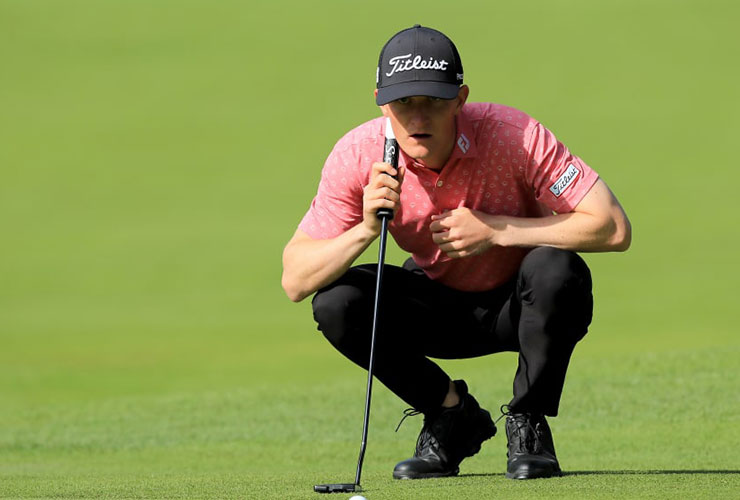 By Matt Smith
Marcus Kinhult hopes a return to the Hillside Golf Club can also return him to the winner’s circle on the DP World Tour this week.

The Swede claimed his maiden Tour title at the British Masters at the Southport venue during a breakthrough campaign in 2019.

Now he returns to Hillside for the Cazoo Classic this week, and he is already feeling “good vibes”.

“It’s great to be back,” Kinhult said. “Just seeing the 18th hole has brought back some great memories from 2019. It’s a special place. It was my first win and only win so far. It’s a great memory. Battling down the stretch on Sunday was nice. I had been in contention a couple of times before but that time I managed it better and got the job done.

“[Winning] is always the goal. I spoke to some of the members at Hillside and they said that some changes have been made since 2019. I can see that the first hole looks a little different. It’s like 25 degrees warmer this time, so I think it is going to play a little firmer and faster. But I am sure the place is very similar; the good vibes will be there.”

Last time out at @Hillside_GC…

Kinhult missed almost four months of action on Tour last season following an epileptic seizure during a practice round in Spain in April, but he made a full recovery and has already registered two top 10s so far this season in Kenya and Qatar.

He missed the cut in his last three events but is adamant he is not far from reaching the heights that saw the 2017 Challenge Tour Graduate make such an eye-catching start to his career on the DP World Tour.

“A lot has happened since the last time I was here in 2019 for me personally but also around the world [with the Covid-19 pandemic],” he said. “I am still trying my best and I feel overall I am trending in the right direction. It is not a straight line. It goes up and down like for everyone, but I am feeling a lot better than I did last year so hopefully I can maintain that progress and build this week and for the rest of the season. Hopefully that will pay off in the long run.”