The Open Championship 2022: LIV Golf’s Bryson DeChambeau and Bridgestone have ‘amicably’ parted and he’s no longer a staff player 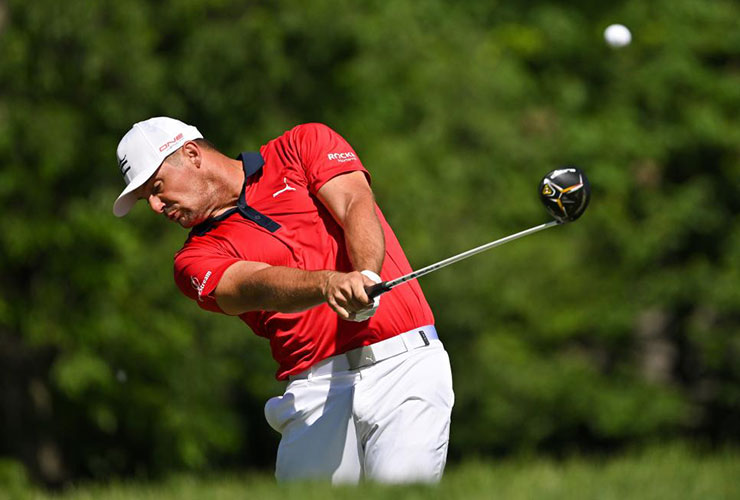 By E Michael Johnson
Bryson DeChambeau will tee it up in the Open Championship using Bridgestone’s Tour B X ball at the Old Course at St Andrews, but he will not be doing so as one of the company’s staff players.

According to a company source, DeChambeau and the company have “amicably” parted ways after the eight-time PGA Tour winner made the move to LIV Golf.

The break, in many ways, makes sense. LIV is a direct threat to the PGA Tour and Bridgestone has been a longtime partner and tournament sponsor of the PGA Tour. Bridgestone also continues to have star power in Tiger Woods, Jason Day, Fred Couples and Lexi Thompson.

Despite the parting, expect DeChambeau to continue playing Bridgestone’s balls for the immediate future and possibly beyond as the golfer’s relationship with the company went beyond that of product endorser during the six-year affiliation. “I have a much deeper role in mind with Bridgestone. I want to be a bigger part of their R&D process and help develop golf ball technology for the future of the game while pushing the limits of golf ball designs to benefit the full spectrum of players,” he said upon re-signing in 2020. “I feel at home there because of their genuine commitment to science and technology.”