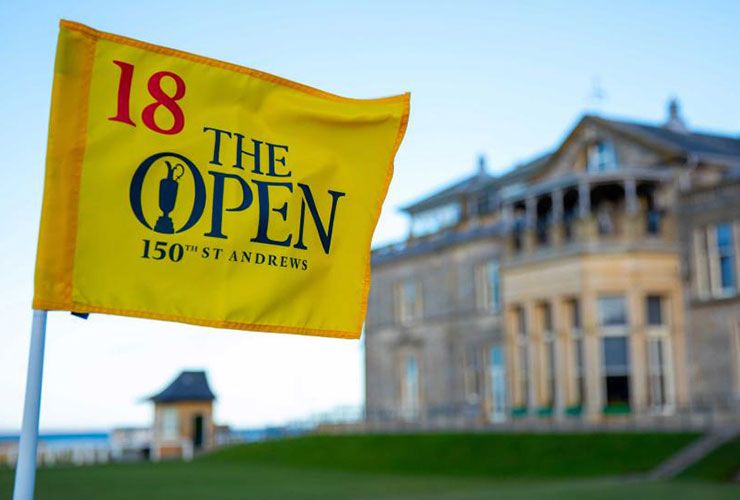 By Ryan Herrington
Like just about everything else with the Open Championship, there is something singularly distinct regarding tee times at golf’s oldest major. It’s not so much who the R&A pairs with whom that holds people’s curiosities, as is the case with the cheeky-themed threesomes the USGA often puts together at the US Open. Rather, it’s the anticipation of when your name appears on the starter’s sheet and whether that means you’re on the “good” or “bad” side of the draw. And there will be a particular curiosity this week given the R&A is celebration the 150th Open back at the Home of Golf, the Old Course at St Andrews.

Indeed, unlike any other men’s major, where you’re placed in order of things at the Open — and how that fits into mother nature’s divine plans — plays an overly large role in a players’ chances of having a successful week, or seeing themselves packing their backs a few days early.

Case in point. 2010, one of the recent previous times the R&A visited St Andrews. The golfers who teed off in the morning during Friday’s second round at the Old Course played in calm conditions, eventual winner Louis Oosthuizen shooting a 67. Those who teed off in the afternoon, however, played in blustery winds and rain squalls. Rory McIlroy, after an opening-round 63, shot a second-round 80 to all but end his hopes of victory just 36 holes into the championship.

“When you feel like you’re playing well and you get the wrong side of the draw and you feel like the best you can finish is 10th, it’s a bitter pill to swallow,” McIlroy said in 2017. “But you have to realize in a 25- or 30-year career, you’re going to get some years that you’re on the good side of the draw.”

Indeed, the reason this is so central to how things play out at the Open is because of the mechanics of tee times themselves in the major. With sunrise at around 4.40am and sunset not until just shy of 10pm, the lengthy daylight allows all groups to tee off on the first hole, with tee times spread from as early as 6.30am to as late as 4.15pm. It’s a wider separation than anything on the PGA Tour (which employs split tees at almost all its events).