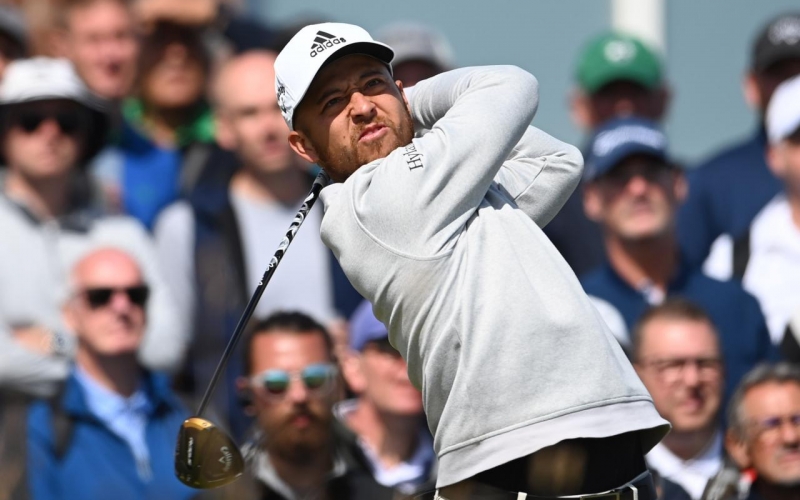 By E Michael Johnson
Even before Xander Schauffele played the Genesis Scottish Open he was one of the favorites to capture the Claret Jug at the Old Course at St Andrews. Now, after winning on Sunday, expect more and more backers coming his way for the Open Championship.

Much like his win at his last PGA Tour start at the Travelers Championship, Schauffele made things more difficult than they needed to be. Seemingly in control of the tournament with a four-shot lead after opening with back-to-back birdies to begin his final round, Schauffle sputtered with three bogeys in a four-hole stretch, allowing Kurt Katayama to grab the lead and a host of others to get close enough to sniff it.

Schauffele, however, steadied himself, making four straight pars to start the final nine before striking a pitching wedge from 157 yards on the par-3 14th to 15 feet then dropping the putt to re-take a one-shot advantage over Katayama, who had finished at six-under. A two-putt birdie on the par-5 16th extended the cushion, a stroke that allowed for a safe-play bogey to win on 18.

A power-precision combination served Schauffele well at the Renaissance Club in winning his seventh PGA Tour title. Despite having some accuracy issues, Schauffele averaged 310.4 yards off the tee with his 10.5-degree Callaway Rogue ST Triple Diamond driver with a Mitsubishi Kai’li White 70 TX shaft.

Into the greens Schauffele ranked T-6 in greens in regulation, hitting 51 of 72 greens with his Callaway Apex TCB irons with Nippon Modus Tour 130X shafts and Golf Pride ZGrip Cord grips. In all Schauffele made 17 birdies to rank third in the field.

That’s the kind of production that wins claret jugs — or at least makes you a favorite to win one.

You may also like:
Xander the man to watch ahead of Open Championship at St Andrews
Ciganda prevails on Ladies European Tour in Spain
Watch: Highlights from the Estrella Damm Ladies Open
Xander on his way to three in a row in Scotland
R&A snubs Greg Norman for Open Championship celebrations
Tiger takes a stroll around St Andrews
Spieth shoots down LIV Golf rumours
Ciganda on brink of wire-to-wire win in Spain
Tringale holds onto Scottish Open lead
Fitzpatrick enjoying ‘best form of his life’
Hovland reassures all weekend golfers with horrendous shank
Record prize money at 150th Open Championship
Ciganda holds halfway lead in Spain
Dubai’s Chiara Noja reclaims LETAS Order of Merit lead
Kang to miss more events due to tumour
Rory calls for LIV/PGA talks
Scottish Open is links golf at its finest
Tringale shapes up nicely at Scottish Open
Ian Poulter won’t trade jabs with LIV haters, says there’s ‘space in the calendar for everyone’
Meronk on top of the world at Mount Juliet
Grace shines in Portland