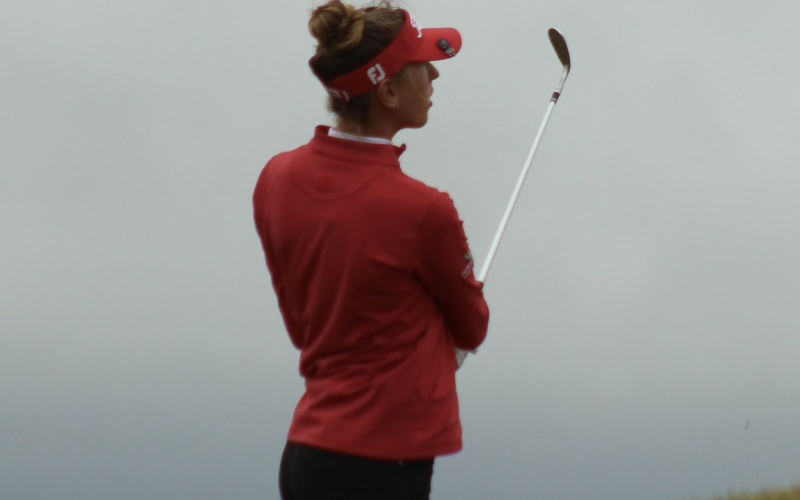 “That was less than serene weather,” Noja said. “More of a grind in the wind than I anticipated. Thank you to all who came to support this week, and to the organisers, volunteers for such a great event.”

Thailand’s Chanettee Wannasaen carded a final round of level-par 73 to win the event at Ramside Hall Golf Club by three shots on 11-under from compatriot Arpichaya Yubol, who carded the round of the day of five-under. Noja was third on three-under.

“It means a lot to win in Europe and I am very happy with my game. I felt really confident today and I knew I could make it,” said Wannasaen.

The LET Access Series will continue with the Trust Golf Links Series at The Musselburgh Golf Club from July 14–16.

You may also like:
Kang to miss more events due to tumour
Fitzpatrick enjoying ‘best form of his life’
Hovland reassures all weekend golfers with horrendous shank
Record prize money at 150th Open Championship
Rory calls for LIV/PGA talks
Scottish Open is links golf at its finest
Tringale shapes up nicely at Scottish Open
Ian Poulter won’t trade jabs with LIV haters, says there’s ‘space in the calendar for everyone’
Meronk on top of the world at Mount Juliet
Grace shines in Portland