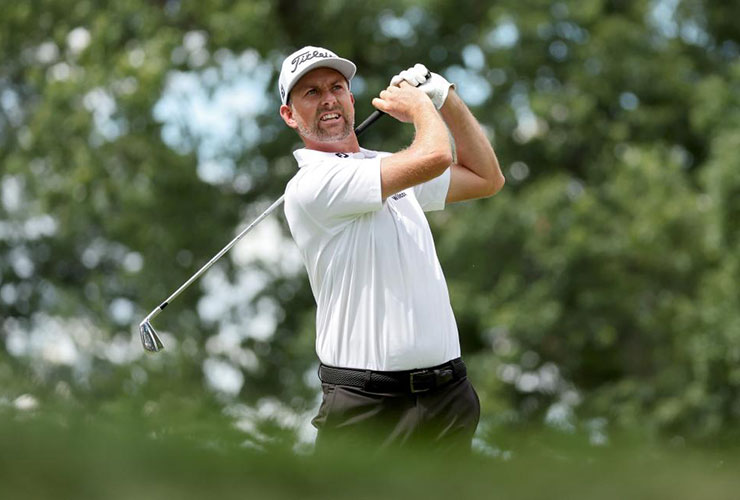 Stricker, 55, is a former Presidents Cup captain, guiding the 2017 American team to a resounding victory at Liberty National, and recently led the US to a win in last autumn’s Ryder Cup. He competed in five Presidents Cups as a player and was also an assistant to Tiger Woods at the 2019 event at Royal Melbourne. Stricker has 12 PGA Tour career wins and added a senior major championship earlier this year at the Regions Tradition.

“Steve has been a great friend to so many players on the PGA Tour throughout the years, and I know that camaraderie he brings to both the golf course and the team room will be incredibly valuable in September,” Love said in a statement. “As we look at this youth movement on the US team, having Steve as a trusted ally in tense situations is something I know our players will lean on.” 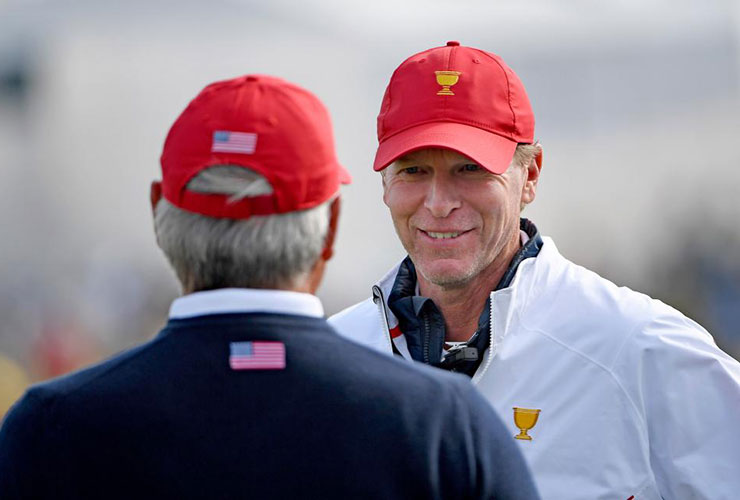 Steve Stricker was the victorious US Presidents Cup captain in 2017 at Liberty National. Chris Condon/PGA Tour

Simpson, 36, has competed in three Presidents Cups, including the 2019 match, as well as three Ryder Cups for the Americans. He is a seven-time tour winner, highlighted by triumphs at the 2012 US Open and 2018 Players Championship. Simpson is also a native of Charlotte and is a member at Quail Hollow.

“I’m excited to see the Presidents Cup contested on my home course in a great sports town like Charlotte, and I know the fans are going to show up with tremendous support for the US team,” Simpson said. “I’ve had the good fortune of playing for Davis in past international events and he will have this team prepared to play each day. It’s an honour to be named a captain’s assistant and I look forward to helping the guys with a bit of course knowledge and a fun, enjoyable team atmosphere.”

The 2022 Presidents Cup begins on September 20 at Quail Hollow Club in Charlotte. The Americans are the defending champs.