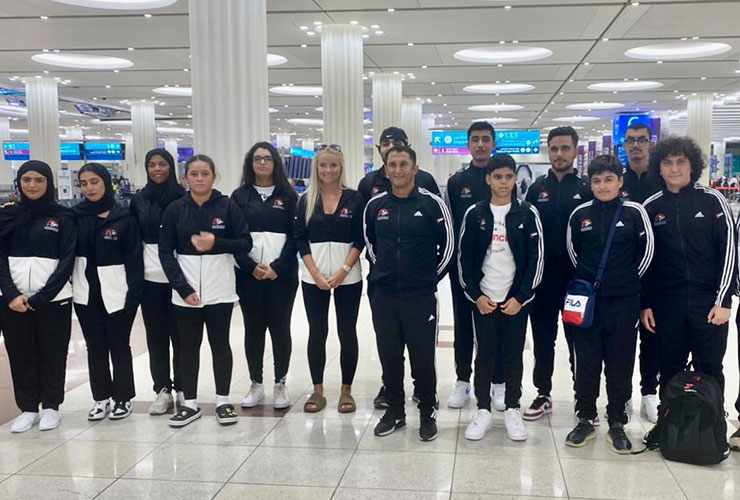 The UAE National Team head out to Morocco. EGF

By Matt Smith
The UAE National Team is off to Morocco for a two-week summer training camp to prepare for the busy autumn schedule.

Twenty-three players from five teams (Ladies, Men’s, Under-18, Under-15 and Under-13) will join forces with the Moroccan National Team to train and compete in a number of friendly matches.

The Emirates Golf Federation (EGF) and the Moroccan Golf Federation will be based at Royal Golf Dar Es Salam to take advantage of the club’s short game and practice facilities, rated one of the best in the region.

Senior players Ahmad Skaik — 61st on the World Amateur Golf Rankings -— and Abdullah Al Musharrekh are joining the Moroccan men’s team in Ifrane for seven days of training in preparation for the 2022 Eisenhower Trophy at the Le Golf National in France on from August 31to September 3.

“We are pushing the best out of our players and coaches,” said General Abdallah Alhashmi. “Over the next two weeks, we will understand how our players match up with other programmes in the Arab Golf Federation. The Moroccan players have always led the way in being the top performers in Arab golf. By having this opportunity to train and compete against our Moroccan brothers and sisters we will know what is working well or needs improvement. I want to thank the Moroccan Golf Federation which has welcomed the EGF with open arms. We look to continue these training camps with all Arab Federations.”

Starting with the Eisenhower trophy, the UAE National Golf Teams have a busy schedule which includes the Ladies, Men’s and Junior Pan Arab Championships in Tunisia, the Women’s and Men’s Asia-Pacific Amateur Championships in Thailand, and the Nomura Cup in the Philippines.