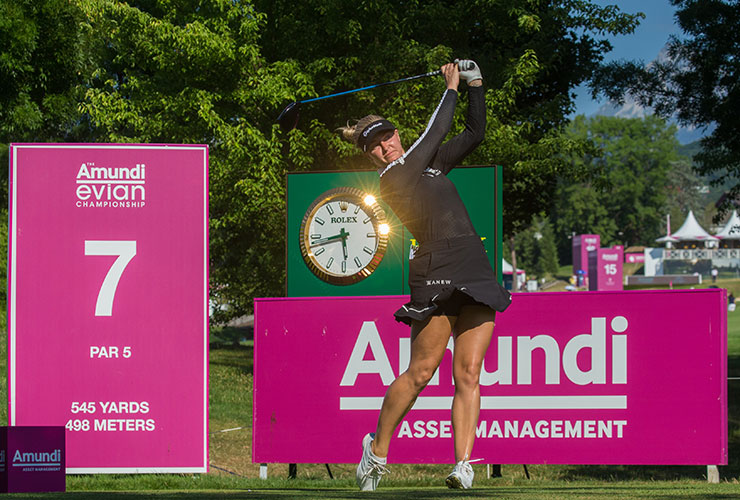 By Matt Smith
Charley Hull is lurking just behind the leaders at the Amundi Evian Championship as the Kettering star seeks her first major.

The 26-year-old shot an opening five-under 66 to sit three behind first-round leader Ayaka Furue of Japan at Evian Resort Golf Club in France on Thursday.

Canadian Brooke Henderson and Nelly Korda of the United States are tied for second, while fellow American Cheyenne Knight lies in solo fourth.

“It’s the English summer at the moment and a heatwave, so I would have missed out if I hadn’t taken a break,” said the Rolex Rankings No. 38. “I went for a lot of walks to get in my 15,000 steps per day and also had some enjoyable time in pub gardens.”

She said: “I played pretty solid all day, but it’s a Major and there are three more rounds, so anything can happen.”

This is her ninth appearance in the championship and she feels that she has the experience to navigate the sloping fairways and undulating greens.

“This course can be tricky to score around, but after eight or nine years you start to figure it out. I don’t really think too much, because the course where I grew up, Kettering Golf Club, is pretty much as slopey as this on the fairways, so I’m lucky I don’t have to think too much about adjusting, I’ve always automatically adjusted (to playing side hill lies).”