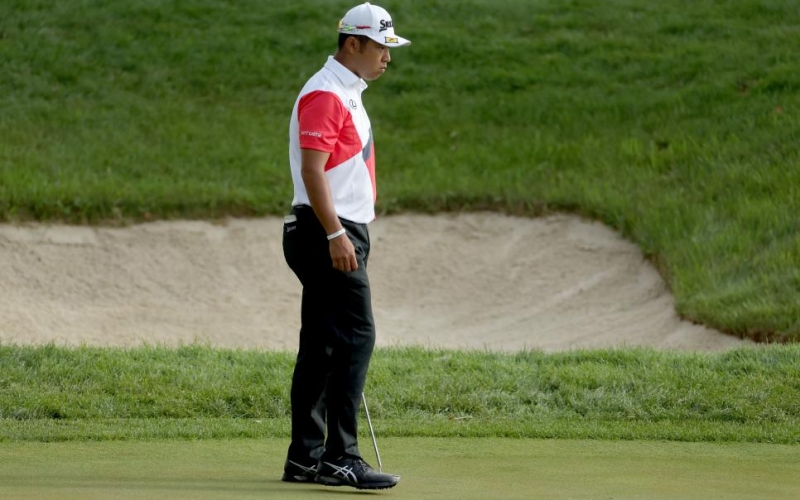 By Alex Myers
The best golfer from the Land of the Rising Sun struggled mightily in the Land of 10,000 Lakes on Thursday. In particular, with one lake.

Hideki Matsuyama deposited an entire sleeve of golf balls into a body of water on the par-5 18th hole at TPC Twin Cities. The 2021 Masters champ got wet off the tee and on his next two shots following drops.

But Matsuyama did manage to salvage a somewhat spectacular quadruple-bogey. If that’s possible. After finally finding dry land by going well over the green with his seventh shot, Matsuyama’s eighth, a flop from the rough, nearly slam dunked into the hole. He settled for a tap-in 9. Have a look:

3 balls in the water.

And here’s how the blowup looked on ShotTracker:

Hideki Matsuyama just made a 9️⃣ with THREE balls in the water at the 18th 😬 pic.twitter.com/593tgYiDhU

Yikes. Playing the back nine first, Matsuyama went out in 41, so there wasn’t much else good going on there.

Following his near journey into double digits, though, Matsuyama actually birdied his next hole, but added two more bogeys to shoot an opening 77. On the bright side, at least he had enough golf balls to finish. After his round, however, he withdrew and alerted tournament officials that it was because of a sore wrist.