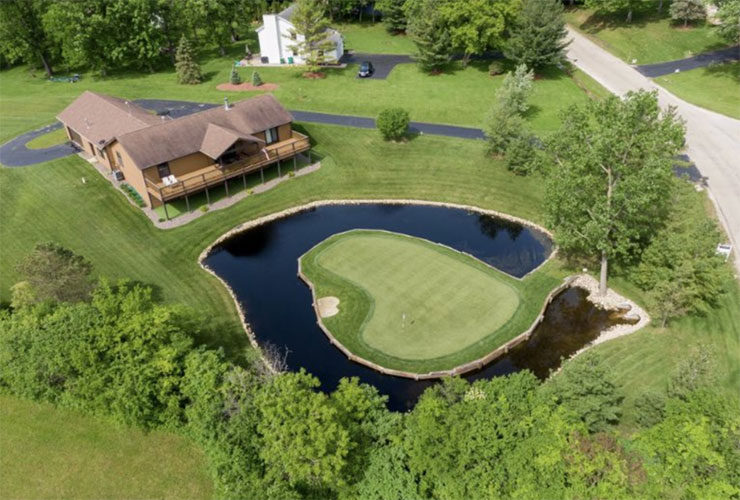 By Alex Myers
A house with an incredible backyard replica of arguably the most famous par 3 in all of golf has hit the market. If you buy it, though, you’re probably going to need to purchase a lot of golf balls as well.

Have a look at 24717 W Caine Road in the Chicago suburb of Ingleside, Illinois. Or, rather, feast your eyes on its rendition of TPC Sawgrass’ 17th hole. And if you look closely, you can even see the traditional back-right Sunday pin at the Players Championship!

I found an insane house on Zillow. Who wouldn’t want a replica 17th Hole at TPC Sawgrass pic.twitter.com/TN207PdmF4

Absolutely spectacular. OK, so it doesn’t look like it plays quite as long as the real thing, but it’s still awesome.

There are five tee boxes and the owner has spent more than $100,000 on landscaping alone. So that $560,000 price tag doesn’t seem that bad — especially because you get six bedrooms in addition to the five tee boxes.

Paula Creamer’s $6.3 million mansion seems as good of a place as any to hunker down

This stunning U.S. Open rental house can be yours for just $500K! (For two weeks)