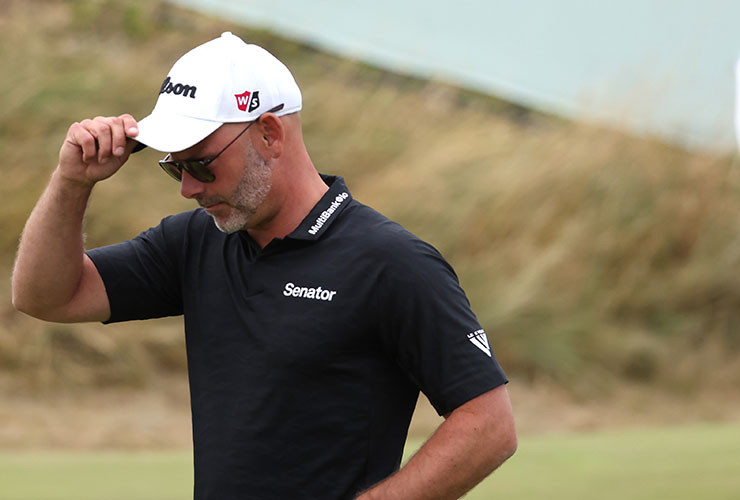 By Matt Smith
Paul Waring was the local hero on Thursday as the 37-year-old produced an eagle-birdie finish on day one of the  DP World Tour 2022 Cazoo Classic to tie the course record at Hillside Golf Club and open up a two-shot lead.

After carding seven birdies and a single bogey in his first 16 holes to join the large group on six-under at the top of the leaderboard, Waring holed his bunker shot at the par-five 17th for a tremendous eagle to hit the front on his own.

The 37-year-old followed that up with a closing birdie putt from 13 feet to sign for a 63, matching the course record set by Matthew Jordan in 2019.

“I started nicely, controlled my ball pretty well all day,” said Waring. “It’s funny, I’d felt like I’ve been playing nicely over the last few weeks and months, just not having any results so to actually put it all together for a round of golf, I’m absolutely made up.